You are here: COG Webcast > Sermons and Media > Videos > Christians – Holy and Clean 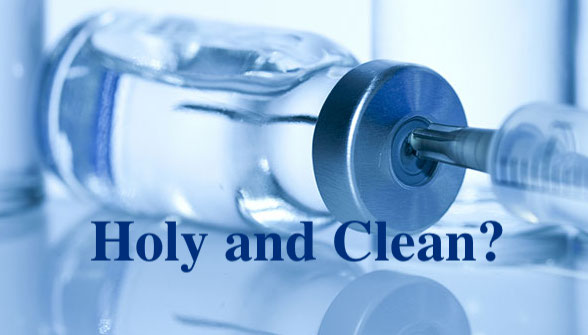 Paul wanted the brethren to be holy and clean, so he reminded Timothy to hold fast to the principle of ‘sola scriptura.’ God’s word alone was to be the lens through which all things were to be evaluated. Scripture was the source of conviction, correction, and spiritual training – our ultimate authority. But Paul also understood that it would require integrity and moral courage to remain true to the teachings of God’s word.

One of the key principles Paul taught as he reflected on Moses’ teaching, was the concept that ‘we are not our own.’ In fact, we were bought with a price and now belong to God, so what we do with our body matters to God. This idea was in direct conflict with the teachings of those Paul called ‘imposters.’ It was these godless and evil people who rendered the truth silent. They denied God’s power in creating humanity, and they led people into practices that were self-destructive. Paul accused them of trading God’s enlightenment for an imitation. And having filled their silly minds with fatuous arguments these enemies of God were led to do dark deeds destroying their own bodies. But God has some advice for those who value his instructions.

Creator of Body and Spirit

The Lord was the only sure foundation and the source of wisdom that would be solid and enduring over time. Paul cautioned believers to be careful how they built on that foundation. He reminded them that the world’s cleverness was foolishness with God. So in order to be truly wise we need to know the Lord God’s wisdom, his perspective on matters. For our Creator knows that our spiritual and physical health are inseparably interconnected – there is no mind/body disconnect. He is our teacher and has provided us with the information we need to maintain our well-being. But he is also our Lord and healer too. And he tells us emphatically that we are not to pollute our bodies that are the temple of his spirit.

From the beginning, the Lord has wanted his people to be Holy and clean. He had created our robust immune system, and the ideal environment for healthy living. And to maintain our bodies in optimal condition he provided teaching regarding foods that were clean and acceptable and those that were not. This was not just a matter of ritual, but of holiness and health. For unclean practices of all sorts, whether dietary, hygienic, or sexual, would separate us from God. And Paul reminded the people that God would destroy those who destroy the temple of their body with “pharmakeia” In the ancient world this referred to drugs, poisons, sorcery, or magical arts, that resulted in illness and death, instead of the healing they purported to offer.

But what about our world? Are we in danger of being subverted by pharmakeia or unclean substances that would pollute the temple of our body? Are we wise in judging the matters of this world in accordance with the scriptures? Do we realize that there are substances and practices that undermine health that scripture tells us to avoid? And do we have the wisdom and courage to avoid becoming enslaved by these things? As Christians, we need to make our choices based on biblical values, for it is God’s test of our faith and obedience.
God’s solution to health issues can be quite different from the practices of our modern world. We cannot take a pill for this ailment and another for that and somehow avoid a lifetime of the consequences of poor health choices. He assures us that we will reap what we sow, so we need to do what is good to get good results. God starts with teaching the basic rules of healthy living: peace of mind, varied diet, clean meats, pure water, exercise, sunshine, fresh air, meaningful work, sound sleep. He warns us to avoid toxins, any chemicals that would pollute the body: heavy metals, pesticides, drugs, or excess alcohol. Then when all else fails and we have visible symptoms of communicable illness, God tells us to quarantine for the sake of others, until the symptoms are gone. There is no need for community lockdowns of ‘asymptomatic’ people. To God this is foolishness.

Is Vaccination the Magic Bullet?

So how are we to deal with the issue of infectious disease when it becomes a reality? The world is playing at ‘God’ and would offer vaccination as the solution. The irony is that at present scientific understanding of the human genome is just in its infancy. It has been less than two decades since scientists were even able to read the human genome. But now some medical ‘experts’ have the hubris to want to vaccinate the whole world with an mRNA vaccine. No wonder God says they are fools, who deny God, and do not understand his ways. They are like students who having learned their first musical scale, now think they can write and perform a symphony. The problem with this analogy is that no one dies, as a result of the student’s ill informed self-importance. But with vaccination the end result of medical hubris is disease and death.

There are no vaccines, no magic bullets, that will eliminate the consequence of ignoring all of God’s advice. On the contrary the vaccines themselves fly in the face of many of God’s specific commands. Many of them are manufactured with heavy metals, or other chemical carcinogens that pollute the body. Others contain unwanted but nevertheless present pathogens of varying types that cause disease. A number were manufactured using aborted fetal cell lines, and abortion is abhorrent to God. And most recently some contain genetic material with the potential to alter human genetics. All of these practices are the problem and not the cure from God’s perspective. They are the opposite of what is holy and clean in God’s eyes.

So where should we turn when we facing grave contagious illness in spite of our best efforts to take care of our bodies, the temple of God’s spirit? James tells us not to fear, but to go to God in faith and ask for healing. God hears the fervent prayers of faithful people, for he is our healer, the one who can make us holy and clean.