You are here: COG Webcast > Articles

Jump into the Bible with articles on spirituality, the application of Christian living principles, and other topics that are relevant to your daily life.

Bible Answers to Your Questions

Be the first to comment!, Filed in Authors, Books, Jeff Patton, by CGP. 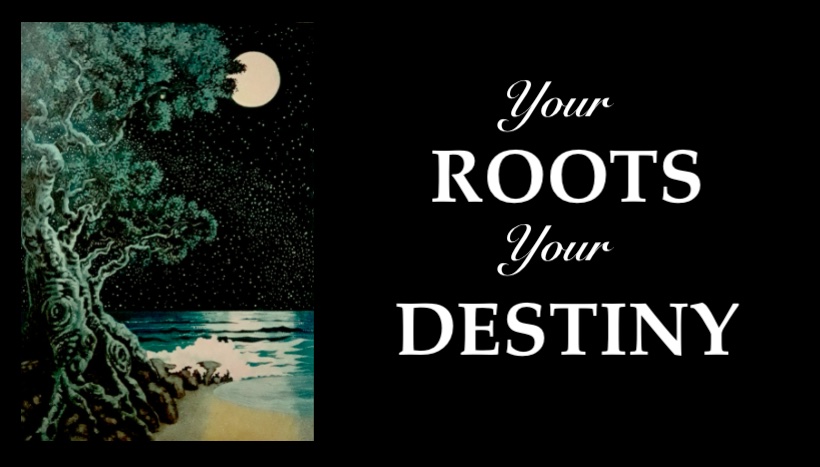 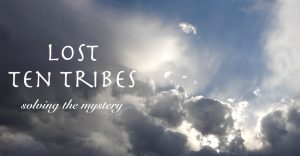 Introduction:
Solving the Mystery of the Ten Lost Tribes

The ultimate promise that God made to Abraham and his descendants was that they would inherit the world and eternal life. This promise was accepted by Abraham in an attitude of complete and total trust that our cynical age finds extremely hard to even begin to understanding, much less emulate it.

Read the introduction: YRYD — Introduction Solving the Mystery of the Lost Ten Tribes

The story of Israel is the story of a single family that was chosen for divine service by the One who asserts that He created all humanity from one blood (cf. Acts 17:26). The Israelites were a people born by a series of divine miracles, as well as, circumstances common to the human condition. They were a “chosen” people, but in no way could they ever have been considered a “pet” people either in antiquity or now. After all, God is not a respecter of persons. 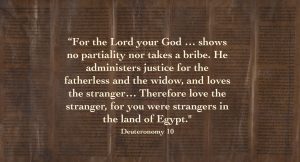 Chapter 2:
No Racism with God

People caught up in racism, miss the main point of God’s covenant. They don’t perceive why the Holy One chose Israel to be His servant and witness. For God’s ultimate purpose was to bring all the families of humanity together into one divine covenantal community. 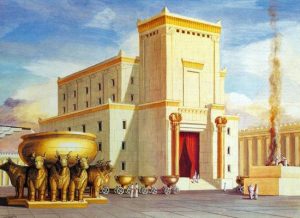 The story of Israel’s rise to a Golden Age during the United Monarchy and then its disintegration into two hostile, rival kingdoms is one of human weakness, prophesied consequences, and divine intervention. From the Almighty’s perspective, He owns all the earth and he determines, who shall live where, according to His criteria. God had previously explained to Abraham that He was timing the eviction of the Canaanites from the Promised Land according to the level of that society’s degeneracy. It bears repeating that God is not a respecter of persons. He would eventually judge all the tribes of Jacob according to the same high standards and punish them with eviction as well! 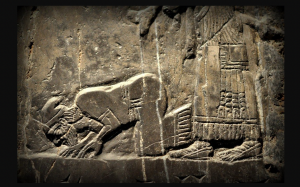 What a story! Political intrigue, bloody assassinations, sex, social injustice, and mercenary preachers —blockbuster themes found in the latest steamy Hollywood movie? Or maybe a best-selling raunchy paperback by some famous Washington journalists about America’s politicians and social elite? Surprise! These are themes sounded by the biblical prophets who wrote about the northern kingdom of the Ten Tribes of Israel. 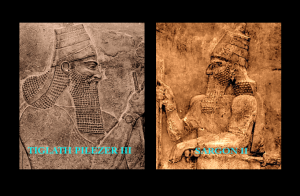 Chapter 5: Collapse of the Northern Kingdom

Shalmaneser didn’t live to see the capture of Samaria. It was his successor, Sargon II who claimed the victory. At Sargon’s palace, the king boasted of capturing Israel’s capital city, “I besieged and conquered Samaria, led away as booty 27,290 inhabitants of it.”
Is this the end of the story of Israel? Did the Ten Tribes of the northern kingdom become lost, disappearing forever from history? Orthodox history thinks so. But was the God of Abraham, Isaac and Jacob finished with Israel? Is that what his prophets said? 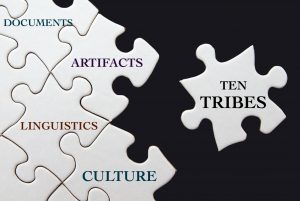 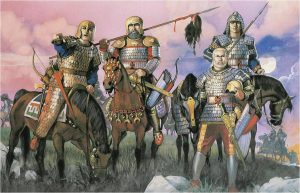 Scythians were indeed renowned throughout the ancient world for being expert horsemen. But what is surprising was the fact that they “played as active a part in commerce as in war and constituted so important an element in the life of their age that Herodotus …devoted to them an entire book of his great history.”

Comments Off on Vaccination History, Filed in Articles, by CGP.

Is Vaccination Useless or Dangerous?

When it comes to the question of whether to accept a vaccination, or not, the scripture is not silent.
There are many principles in the bible that relate to our physical well-being.
If we are dealing with communicable disease God is quite explicit in commanding the quarantine of sick individuals within a community setting.
However, God is equally concerned about an individual’s responsibility to take action to preserve their own health.
One part of God’s wisdom is to avoid substances, whether food, drink, or drugs, that might have deleterious effects on the body and mind.
With this in mind, it is the responsibility of each individual to know the facts about what they eat, drink, or inject into their body.

As Christians we are the temple of God’s spirit and we have a command to avoid polluting God’s temple.

The negative effects of vaccination have been documented for over a hundred years: 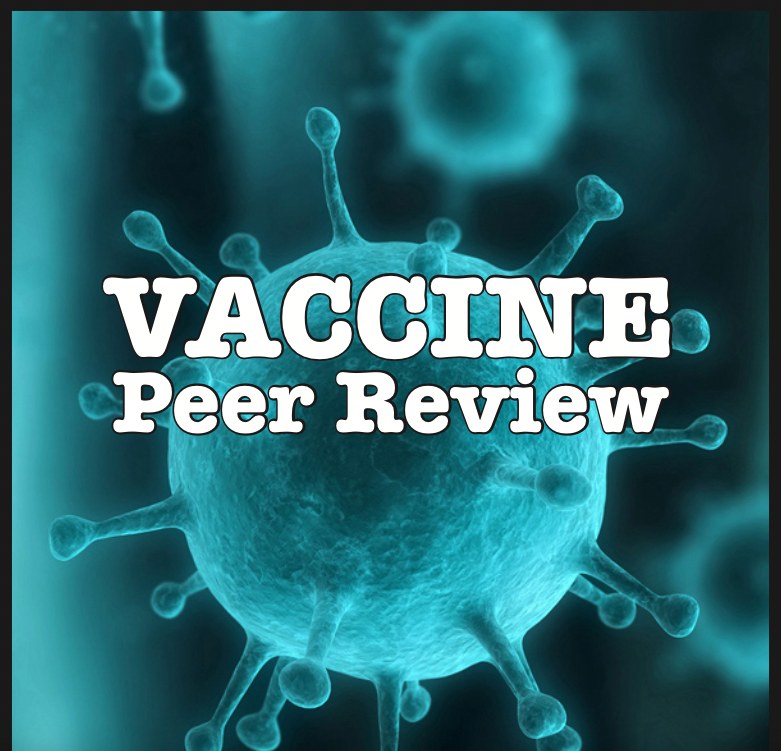 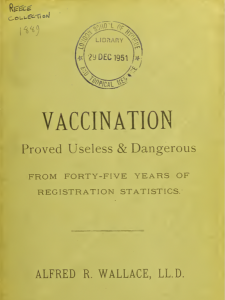 O Lord my God, in You I put my trust;
Save me from all those who persecute me;
And deliver me
Psalm 7:1-5

We can have confidence when we live faithfully. For then we can trust God will deliver us.

Oh, let the wickedness of the wicked come to an end,
But establish the just;
For the righteous God tests the hearts and minds.
10 My defense is of God,
Who saves the upright in heart.
God is a just judge,
Psalm 7:9-11

We rely on God because, unlike false deities, he knows our heart and mind – our motivation.
He is just and cannot be bought, or bribed.

God is a just judge,
And God is angry with the wicked every day.
12 If he does not turn back,
He will sharpen His sword;
He bends His bow and makes it ready.
13 He also prepares for Himself instruments of death;
He makes His arrows into fiery shafts.

God remedies injustice. So don’t worry over the injustice that is outside of your control.

The wicked brings forth iniquity;
Yes, he conceives trouble and brings forth falsehood.
15 He made a pit and dug it out,
And has fallen into the ditch which he made.
16 His trouble shall return upon his own head,
And his violent dealing shall come down on his own crown.
Psalm 7:14-16

When people embrace a lie, they blame God for troubles that are merely cause and effect.

When I consider Your heavens, the work of Your fingers,
The moon and the stars, which You have ordained,
4 What is man that You are mindful of him,
And the son of man that You visit him?
Psalm 8:3-4

As physical beings we are insignificant.
But God has given us a grand purpose that is beyond our ability to grasp fully.

For You have made him a little lower than the angels,
And You have crowned him with glory and honour.

6 You have made him to have dominion over the works of Your hands;
You have put all things under his feet…
Psalm 8:5-8

You are crowned with glory and honour by God. Care for his creation. 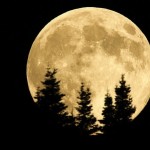 God Loves You (the most important lesson)
In the months before my father died, I would go with my youngest son, JJ, who was 6 years old, and give Grandpa a big hug and a kiss before bed. This had been my nightly ritual from my earliest childhood. But, in his last months, my usually undemonstrative Dad , perhaps as a way of saying goodbye if that night were to be his last, said every evening, “Always remember I love you. ” It was something that has stuck with me…

END_OF_DOCUMENT_TOKEN_TO_BE_REPLACED

Comments Off on Passover Controversy, Filed in Articles, Carolanne Patton, by CGP. 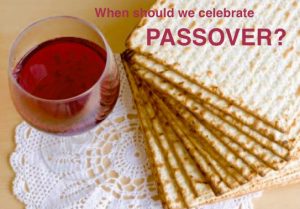 A Personal take on the question of Passover observance – When, How, and Why?

There was a time in the early church when the Quarto-deciman/Passover controversy was front and centre in the minds of those who followed the scriptures, the scripturalists. They were having to defend their practice of keeping the New Covenant Passover on the 14th of Nisan and the 8 day Passover festival, instead of celebrating Easter. They were being accused of “Judaizing.” Yet Paul, the apostles to the gentiles, made in clear in scripture that the Corinthians were keeping unleavened bread/Passover and his only admonition was that they keep these Holy Days in the right spirit, for the right reasons, so as to profit from them spiritually speaking. Today in the churches of God there continues to be controversy, and it also stems from a negative attitude towards those perceived as “Judaizers.” Here are some notes from a recent discussion on this topic: END_OF_DOCUMENT_TOKEN_TO_BE_REPLACED

Comments Off on Hebrew Calendar Valid Today?, Filed in Articles, Events, by CGP.

March 2016
I had a visit from our friendly neighbourhood Jehovah’s witness today offering me a chance to join them in March for their Passover memorial…this created a question in my mind as I’m anticipating Passover in the end of April. So why the difference?
It reminded me of an article by John Ogwyn, a thoughtful gentleman that my husband worked with for a few years.
I think he addresses the question of when we should observe the Holy Days with insight and clarity, and in accordance with the scriptures. Here is his original article with some subtitles added. 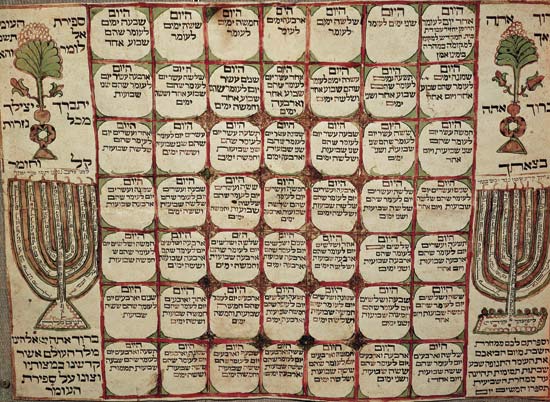 Since 1986, the calendar has been a recurring source of doctrinal controversy in the Church of God. Many articles and papers have proposed different methods of calculating the dates of the annual festivals, and at least a half-dozen different calendars and calculation methods have been offered.
This has troubled many sincere brethren who want to do what pleases God. With all the controversy, they are unsure. But does God really expect each individual Church member to become an expert on calendar matters? read more END_OF_DOCUMENT_TOKEN_TO_BE_REPLACED

Slippery Slide Down the Slope of Moral Relativism

Comments Off on Slippery Slide Down the Slope of Moral Relativism, Filed in Articles, Blog, by CGP. 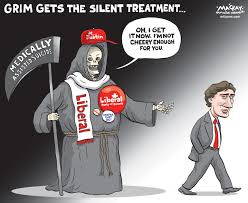 Slippery Slope of Moral Relativism:
Wow, it’s amazing what happens in just one weekly news cycle! Should we cry or laugh?

A full two-thirds of Canada’s doctors are opposed to participating in the Supreme Court’s newly discovered “right to die” by doctor-assisted suicide. In fact only 29 percent of doctors surveyed said they  would even consider providing such a “new procedure.”