You are here: COG Webcast > Sermons and Media > Videos > Why is this Happening? – The Sabbath Connection

Why is this Happening? – The Sabbath Connection 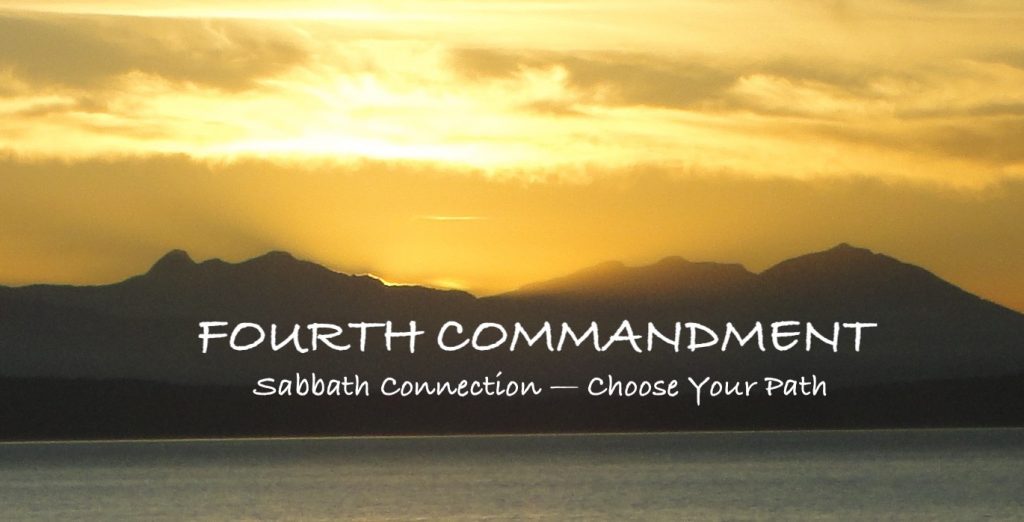 Is there a Sabbath connection to our present dilemmas? It is evident that we, the people of the West, are standing at a crossroads. And the path we choose will have profound consequences. So how do we choose? Many do not realize that answers to our modern questions are to be found in ancient texts. The wise of this age, relying on earthly wisdom, fail to recognize God’s wisdom. As a result they have ‘closed their ears’ to God’s advice, and fail to listen to his warning. Even the ‘religious’ in society are caught up in greedy schemes, lying and cheating, and calling for ‘unity’ to cover up their nefarious deeds. So we are at a crossroads, and we need to decide whether we will walk the path guided by evil leaders and their failed visions. Or, will we choose, a different path, and willingly follow God’s wisdom?

The bible, that source of ancient wisdom, speaks today to those who are the spiritual descendants of Israel. For if we are Christians, then we are Abraham’s descendants, and the bible is our story. Paul in writing to the gentiles in Corinth, reminded them that it was their spiritual ancestors in the wilderness who were led and sustained by the Rock, Jesus Christ. John affirmed that Christ alone was the source of living water and bread that would sustain those who kept on following his commandments. The lesson they were to have learned was the same one we must learn, that the path we choose makes a difference. What we sow we reap. And though God is patient, in time he will not tolerate defiance, whining, and complaining. God is ready to help us walk his path, and fight our battles along the way. But we must avoid the pretence of hypocrisy. We must not test God, or forget his commands, or break his covenant of faith with us.

The covenant we have with God, is one of a loving Father and his children. And from the beginning of humanity God gave his people a sign of that covenant. On the seventh day of creation, God established the Sabbath as a sign of this relationship. Later, in speaking to the nation of Israel, the Lord God instructed them to remember the Sabbath that had been established in the beginning. Sabbath was time to express our worship and love of the One who made us and gave us the path that would lead to eternal life. The Lord also added new meaning to the day, for it was also a time of deliverance, reminding the Israelites of their escape from Egyptian slavery. This was a vital part of the Sabbath connection. So, the Sabbath was the Lord’s gift to a freed people, people who had been delivered from oppression and were then free to worship God and rest on the seventh day.

During their time in the wilderness the nation, our spiritual ancestors, experienced over 1000 Sabbaths, and a weekly miracle of manna. God had said that the Sabbath was a sign between him and those who served him, but it was also a test. The Israelites were relying on God to provide manna to sustain them, a food they gathered daily. They knew if they gathered too much, and it was left overnight it would stink and breed worms. However, the Sabbath was different. The Sabbath was a day of rest and they were not to gather manna, as there would be no manna to gather. Rather, God asked them to gather and prepare double the manna on the sixth day. And miraculously it would last through the Sabbath in perfect condition. This was a weekly miracle, and a test of faith, to know that it was God who provided all their needs. But this lesson seems to be lost to most of humanity, as they have lost the Sabbath connection.

A World Gone Astray and the Sabbath Connection

God set the Sabbath apart, it was holy time, and it was a sign between him and his people through all generations. It was a weekly opportunity for God to commune with his people and teach them to follow his path. So what was the consequence of forgetting the Sabbath, of choosing another path? Ezekiel prophesied that having rejected the Sabbath, the people would be defeated and scattered among the nations. Having given up this great gift, that brought them into the covenant relationship with the Lord, they would learn the hard lesson of following evil leaders down crooked paths. Under the influence of corrupt leaders they would be subject to worthless decrees and regulations that could not give them life or freedom. Paul’s audiences in Rome and Corinth understood the nature of life under abusive rulers, so Paul offered them the hope of a different path. And this path was one of faith in God and his laws. These commandments were given for the good of humanity, and in embracing this path the ultimately destination was eternal life.

The Sabbath Connects Christians to their Future

The author of Hebrews understood the importance of the Sabbath to the spiritual people of God, those who walked in the footsteps of Abraham, the prophets, and the apostles. He warned the people to avoid ‘hardening their hearts’ as their forefathers had done. For, having forgotten their God, and his way, their predecessors had been trapped in destructive habits, doomed to reap the negative consequences. They had forsaken the Sabbath, that God had set aside as holy to him. They no longer remembered the Sabbath as a time to commune with God and redirect their lives in harmony with his values.

As Christians, followers of the Lord God, who established the Sabbath at creation, and gave it as a sign of the covenant to Israel, we too are to seek God’s Sabbath rest. For the Sabbath helps us look forward to the spiritual rest that the Lord God will establish when he returns to rule the world. That is why God tells his people in Hebrews that ‘there remains sabbath-keeping for the people of God.’ So we have a choice. The one path leads to the confusion we see in the world around us as we stand at the crossroads of our civilization. The other path, God’s path, leads to peace of mind and eternal rest in God’s family. And the Sabbath connection helps us understand God’s will for the present and his vision of the future.