You are here: COG Webcast > Sermons and Media > Videos > Who’s Your Authority? – The First Commandment

Who’s Your Authority? – The First Commandment 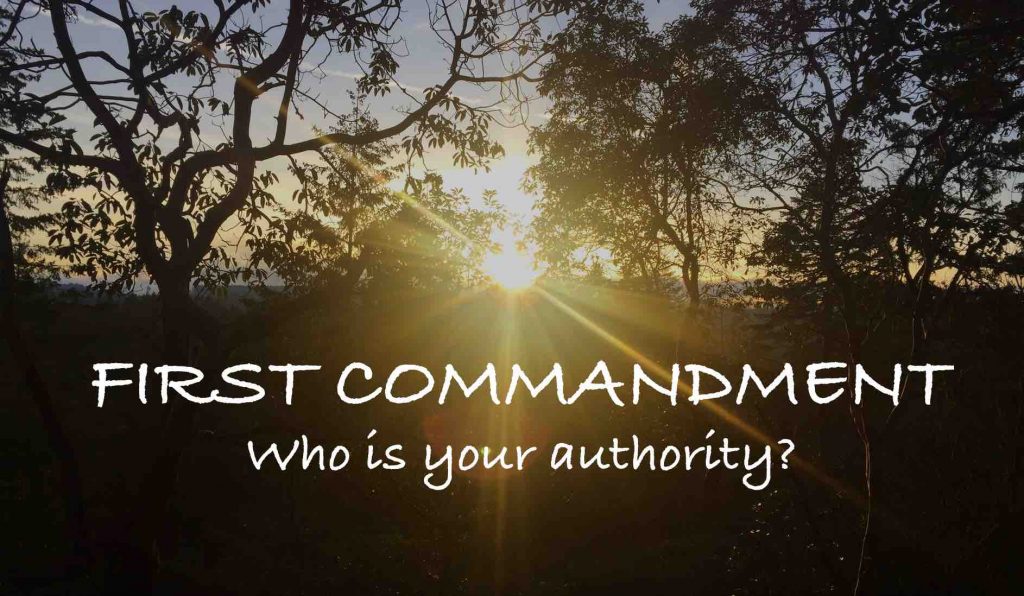 Who do You Trust?

Consider the first commandment! It is all about who you trust to tell you the truth about right and wrong, good and evil. It involves placing confidence in someone who has greater insight and intellect than yourself. It is a matter of who you will allow to have the primary place of authority in your life.

So, who are your authorities, whether in the realm of politics, science, medicine, or other pursuits? And does it matter? Have you asked yourself if your authorities are true? Are they also good? What about faithful? And finally, are your authorities powerful? When it comes to this world’s authorities on the latest medical issue, or governmental proposal, or political promise can you count on your authorities? Will they act out of love for you personally? Do they have the power to perform what they propose for your benefit? If not, perhaps you need to rethink the issue of who you will heed when it comes to standards of right and wrong behaviour or thought.

How often of late have you heard people appeal to the “authority” of so-called experts. They use these authorities to make their case, to compel you to act or think in a certain way? But we have known for decades the danger of people unthinkingly acting in response to a perceived human authority. Stanley Milgram’s experiments in the 1960’s seemed to indicate that people would inflict great harm … even death … on people to please and obey a perceived authority figure. Though there are those who have questionned his techniques and results.

Later experiments seemed to confirm Milgram’s results. In one experiment almost all nurses gave patients what they thought were potentially harmful amounts of drugs that were not on the patient’s prescribed medications. Why? They did not question the dose, but deferred to the authority of the prescribing doctor, one they did not even know. So we have some evidence that people will stifle their own moral impulses to obey the authority. This makes it imperative that we can trust those we consider to be our authorities to be morally above reproach.

I Am The Lord Your God

In the first commandment, the Lord God reminded Israel that he was the one who had rescued them. In his love for them, and by his own power he had liberated them from the tyrannical authority of the Egyptian Pharaoh who had killed their babies, and forced them into slavery. The Lord God was good to his word, and fulfilled his covenant promises to Abraham their forefather, by freeing them. And for these reasons — his love, his faithfulness, and his goodness — he asks his people to recognize his superior authority in their lives. As an authority he is perfect and will always stand for what is true and good.

The history of Israel is evidence that the Lord God cares for his people; he is approachable, and faithful. At a time when David was fleeing from the governmental authority that was trying to kill him, he looked to the Lord God’s goodness and power to rescue him. Moses encouraged the people to put their trust in the Lord, for he alone was God. There were many competing religious deities at the time, but only the Lord God was good, merciful, and faithful.

Authority to Declare Right from Wrong

Moses admonished the people to love the Lord God with all their heart, soul, and might, just as God loved them. This was a matter of honouring God as their authority. The Lord was the one they could trust to tell them the truth. He would teach them right from wrong, and bless them for their obedience. He also had the power to destroy those who persisted in doing evil, though his desire was that they repent and change. Solomon rehearsed all of the Lord’s great deeds in caring for Israel at the dedication of the temple. God would continue to fulfill his promises and be loyal to those who put him first in their lives.

The Lord in his great love for his people, later, sacrificed himself to call them to repentance and to pay the penalty of their sins. The parable of the talents explained the treasure of wisdom and understanding that the Lord gave his people. The truth that the Lord would teach them would set them free. His good commandments would provide a path to eternal life and protect them from the consequences of sin.  And in response to these gifts, the Lord required his followers to honour his authority and have faith in him. This was and continues to be the first principle when it comes to Christian living.

The Challenge of Divided Loyalties

There will always be the pull towards others who want our allegiance and claim to be authorities. But Jesus made it clear that we cannot serve two masters – we cannot have divided loyalties. We only have one master who loved us, purchased us, and redeemed us with his own life. Jesus was also tested on this point. And, he too had to resist the temptation to bow to the authority of the Adversary. Jesus was offered all the kingdoms of the world, if he would change his allegiance and worship Satan. But, though physically weak, Jesus was spiritually strong and resisted the temptation. Jesus knew without a doubt that God was his only authority. “Jesus said to him, ‘Away from me, Satan! For it is written: ‘Worship the Lord your God, and serve him only.’”

No other authority can do what God can do. He is the source of truth. God alone, loves, protects, and forgives. He is faithful; he keeps his promises and has the power to save us. God is the only source of love and eternal life. Is it time to ensure that he is the only authority in our lives? Are we willing to hear what he says? Will we act on his instructions? Are we demonstrating our appreciation for God’s many gifts and our love of the truth, by following the first commandment.