Boundaries to Respect — Teach ‘All’ Things

Comments Off on Boundaries to Respect — Teach ‘All’ Things, Filed in Videos, by CGP.

The mission of the disciples of Christ was to go into the world and teach by word and example ‘all things’ that Jesus had taught. Today, we live in a society that is embracing values that stand in stark opposition to the truth of scripture, and those values that conform to reality as Jesus instructed.
As a result, we face a challenge similar to that of our ancestors in the faith who lived 2,000 years ago. Through the power of God’s spirit we must understand the boundaries that we must respect. We must determine those ideas and actions that we must resist at all costs — what is ‘unclean’  according to the Word of God. We must know what is acceptable to God — what is ‘clean.’ END_OF_DOCUMENT_TOKEN_TO_BE_REPLACED

Comments Off on Preparing for Passover – Time for Self-Reflection, Filed in Videos, by CGP. 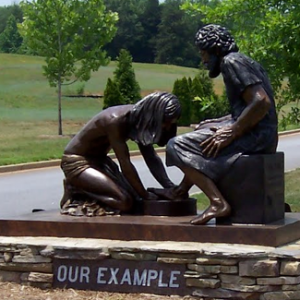 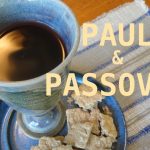 END_OF_DOCUMENT_TOKEN_TO_BE_REPLACED

Comments Off on Syncretism — Tolerating Lies?, Filed in Videos, by CGP.

Sometimes the truth is ‘hard to swallow’ so people settle for a convenient syncretism — a comforting blend of truth and lies. Jesus had spoken to his disciples and followers about ‘drinking his blood and eating his body.’ But what he said was difficult to understand, even offensive, and as a result many stopped following Jesus. They did not understand that the Passover symbols of bread and wine were given to represent Jesus’ death, his body and blood. It was only through this sacrifice that he could give the gift of eternal life to all who trusted in him.

Jesus also spoke a hard truth to the Samaritans, who thought they were following God’s will in their religious worship. But the reality was that they had a long history of syncretism, blending the truth of God with their traditions. As the chronicler of Kings wrote, the Samaritans ‘feared the Lord’ and served their own gods. This mixing of truth and error is not in accordance with God’s will, as he asks those who worship him, to do so in spirit and truth. So are we slipping into a comfortable syncretism? END_OF_DOCUMENT_TOKEN_TO_BE_REPLACED

Comments Off on A Biblical Worldview – Nebuchadnezzar Pride Comes Before a Fall, Filed in Videos, by CGP. 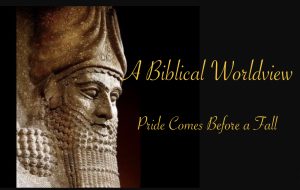 Asaph, a temple musician and singer during the reign of King David understood a great deal about pride and the nature of the proud. His Psalm 73 reflects on the attitudes and actions of the arrogant, those powerful elites who crushed the people and despised God.
Asaph asked the question, “Why do the wicked prosper?” and came to understand the power of the biblical worldview, and the truth that ‘pride comes before a fall.’  It is amazing to think that this Psalm was sung in the temple. It was a condemnation of the proud, the self-serving rulers of the day, and an encouragement to all who would humbly put their trust in God. END_OF_DOCUMENT_TOKEN_TO_BE_REPLACED

Comments Off on Petitions, Prayers, Intercession, and Thanksgiving, Filed in Videos, by CGP.

God hears the petitions and prayers of his people. Whether we are in personal distress, or our nations are facing daunting foes, our prayers can make all the difference. Hezekiah, the King of Judah, knew this to be true when the Assyrians attacked Jerusalem. Earlier, Hezekiah had been on his death bed, but God had heard his prayers and seen his tears, and healed him of a fatal illness. So when Sennacharib’s army began to demolish the cities of Judah, Hezekiah knew where to turn for help. Do we? END_OF_DOCUMENT_TOKEN_TO_BE_REPLACED

Paul and the Colossian Heresy – Law and Lawlessness

Comments Off on Paul and the Colossian Heresy – Law and Lawlessness, Filed in Videos, by CGP.

Understanding Paul’s Message to the Colossians

There is a great deal of confusion in the minds of many Christians when it comes to God’s expectations and the role of the law in the life of the Christian. Perhaps, you have wrestled with some of these questions: 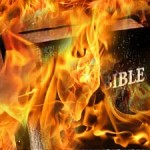 When the apostle Paul wrote to the Thessalonians that “the mystery of lawlessness was already at work,” he was confirming that the things Jesus had prophesied were already coming to pass within decades after Christ’s death. Later, John’s writings confirm that John also had to confront the false teachers who were preaching a gospel of “anomia/lawlessness” and leading many away from the truth. And what of our time? What is the reality in most of the Christian world, when it comes to teaching about God’s law; must we be aware and wary of the anti-nomians, those who teach, “anomia?” END_OF_DOCUMENT_TOKEN_TO_BE_REPLACED

Living in the Presence of God

Comments Off on Living in the Presence of God, Filed in Videos, by CGP.

From the beginning the Lord’s intent was that his people would live in the presence of God, and become holy as God is holy. He desired a close intimate family relationship with those he would call to dwell with him. He walked and talked with Abraham, he spoke to his people Israel from the mountain top, and he conferred directly with Moses and the elders of the nation.
At that time, the people had entered into a covenant relationship with God as their King/Father and had promised to live in God’s presence. They promised to obey his commandments and follow his instructions. Yet, within weeks, they had forgotten God and fallen back into the familiar routine of worshipping idols in the form of a golden calf. Could they return to dwell in God’s presence? END_OF_DOCUMENT_TOKEN_TO_BE_REPLACED