You are here: COG Webcast > Sermons and Media > Videos > The Messiah and His Kingdom — A Message for the Feast of Tabernacles

The Messiah and His Kingdom 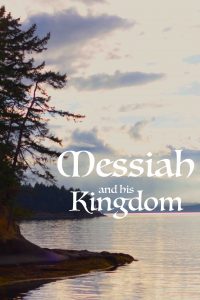 Confusion over the Messiah

As the “latter days” prophesied in scripture draw ever closer, we need to consider the relevance of the Feast of Tabernacles. On this first day of the festival we look forward to a new age ushered in by the coming of the Messiah. But what is the nature of our Messiah? Many religions teach the concept of a Messiah, a deliverer. But few understand the nature of the Messiah who is revealed in the Judeo-Christian scriptures. Some in the Christian world have grasped the nature of the Messiah’s first coming. But when Jesus began his ministry even John the Baptist was a little confused. Jesus did not seem to be fulfilling the Messianic expectations of the people. Why?

Was Jesus the Messiah?

The contemporaries of Jesus found it difficult to reconcile Jesus with their preconceptions about the Messiah. He did not seem to fit the picture they had envisioned. And yet, from Jesus own testimony and the witness of his disciples on thing is clear. Jesus claimed to be the Messiah, the annointed one, the saviour. Yet, while many people were looking for the coming of the Messiah, Jesus life and death confused many.

Messiah and the Kingdom Restored

Based on their reading of many Messianic prophecies, the Jews of Jesus day were looking for a deliverer. A King, who would rise up and cast off the yoke of Roman slavery. And though Christ professed before Pilate that he was a King. Yet, his Kingdom was not of this world…at least, not then. Many Christians as a result have reinterpreted the prophecies in light of the church and they reject the notion of a powerful messiah and his kingdom. They no longer look for the coming of the Messiah as King of Kings, to destroy his enemies, and establish his Kingdom. In our time, as the “latter days” approach we need to reconsider those scriptures that point to the true nature of the Messiah. We need to pray, “Your Kingdom come!”