You are here: COG Webcast > Sermons and Media > Videos > On the Road to Passover – Prepare for the Christian Passover

On the Road to Passover – Prepare for the Christian Passover 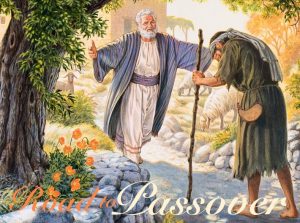 Many professing Christians do not realize that the early church did not keep Easter. Rather they kept the Christian Passover and the Feast of Unleavened Bread. But there was a new element to their observance of this Holy Day season. There was a memorial that was in addition to the instructions given to Israel. Once a year, at the beginning of the 14th day of the first month, Abib, believers were to follow Christ’s example. They would remember his death with a memorial service of bread and wine. This was because Christ was to be sacrificed as the “Passover lamb.” And only  those who had a new covenant relationship with the Father, through the blood of Jesus Christ, would take part in this service. They would have this yearly remembrance of Christ’s sacrifice until the day that he would return as King of Kings.

Prepare for the Passover

Paul gives brethren the admonition to imitate him as he imitated Christ in this matter of observing the Christian Passover, he also gave a warning. Paul warned the brethren of the mistake of taking the bread and wine ‘unworthily,’ meaning irreverently and without appropriate reflection and forethought. It is not a question of our being ‘worthy.’ No one is worthy, rather it is a question of the manner in which we prepare for the Christian Passover. It is a matter of attitude and approach that demonstrates our repentant heart. Taking the bread and wine is a public statement of our renewal of our covenant with the Father and our commitment to God’s way of life. It is a solemn service that is at the core of our relationship with God and reaffirms our devotion to Christ who gave his life so we could have the hope of eternal life.

The Tales of Two Sons

The parable of the prodigal son speaks to our need to repent and return to our Father. Whether the younger son who wasted the inheritance on immoral living, or the angry elder brother who had no patience for his wastrel brother, they both needed forgiveness. The one was neglectful and disobedient, while the other was scornful and resentful. But neither of them fully appreciated the relationship that they could have had with the Father. They both needed to repent. And, repentance requires humility, and an ability to ‘come to yourself’ and see the consequences of your lawless actions and thoughts. The encouraging message of scripture is that God does forgive and can cleanse the hearts and minds of those who turn to him in faith.

The Passover is a yearly time to appreciate God’s gift of forgiveness and to set our hearts to do his will. God has had compassion on us and has called us into his family. But now there is work to be done. Having been cleansed by God’s word we are to become holy as God is holy. No longer slaves to sin, we are now slaves to right living, so we can accomplish God’s purpose. This is an important time of year to consider what that purpose is and how God is working in our lives.

Learn more about God’s purpose for you:
Your vision and mission