You are here: COG Webcast > Sermons and Media > Videos > Law of Moses for Christians?

Law of Moses for Christians?

The Law of Moses for Christians 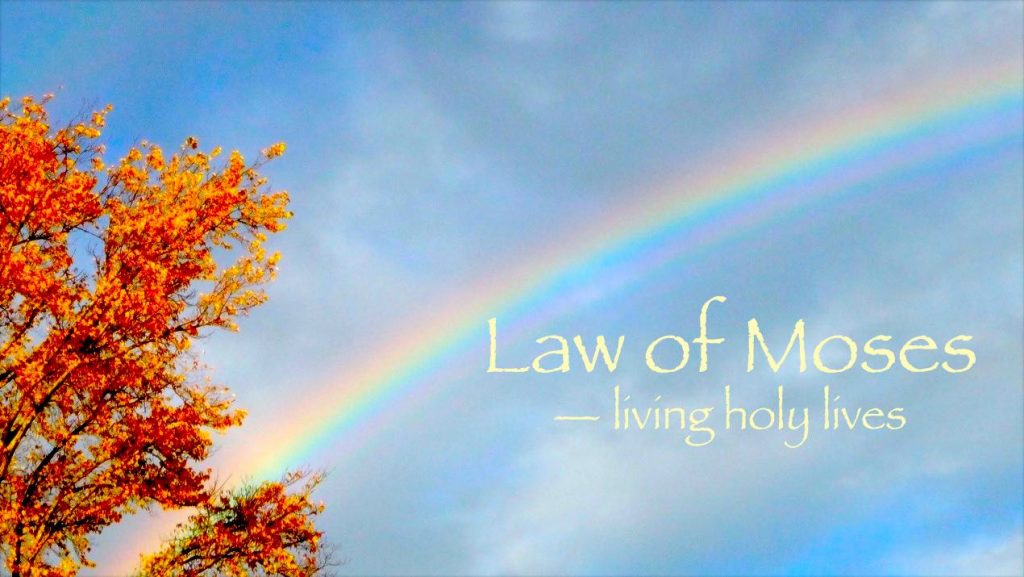 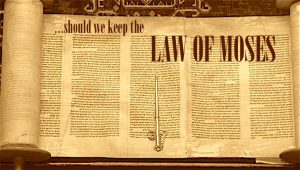 Should We Forget the Law of Moses

Is the Law of Moses “done away.” The majority report from traditional Christianity would say a resounding, “Yes!” But what do the scriptures say? The issue of grace and law has been debated for centuries, and the majority have been led to believe that grace is all that is needed for believers to be “saved.” But there is the scripturalist view, the minority report. It encourages believers to look carefully at what God says, and to reject tradition that is contrary to biblical teaching. So do you know from God’s perspective, if it is wise to forget the “Law of Moses?” 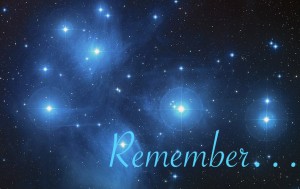 Law of Moses: The Basics for Christians

Turmoil and terror reigned this week in Nice, France, when a terrorist killed dozens on a major thoroughfare. Death and such flagrant disregard for life, is the result of lawlessness. Christians on the other hand are called to be different, to choose life, yet statistically speaking, Christians can fall prey to many of the life-destroying practices that are common in secular society. It is perhaps a good time to re-evaluate the role of the Law of God in our lives, and consider some basic principles that should guide every Christian. 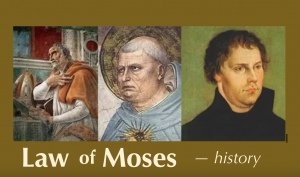 Law of Moses: The History for Christians

Most Christians today believe the Law of Moses has little validity in the modern world. They do not understand the history of this belief, nor do they realize the factors that led mainstream Christian thought to repudiate the Law of Moses for Christians. They have not questioned their belief, nor considered the impact of this belief on their behaviour and the resulting consequences. But history is instructive, and in looking at the views of Catholic theologians, like Thomas Aquinas, Protestant reformers like Luther and Calvin, and modern dispensationalists, we gain an understanding of why the Law of Moses was rejected and what was substituted in its place. Then the real question becomes one of whether these biblical scholars were faithful in their examination of the biblical record, and what does the bible really say about the Law of Moses for Christians. 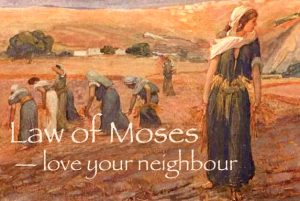 Law of Moses: Love Your Neighbour

In our secular society the question is, “Does the Bible have any place in your life?” And as Christians we might answer a resounding, “Yes.” However, ask many Christians, “Does the law of Moses have any place in your life?” and you might get a different answer. Both Paul and Peter warned of false teachers who would deny their master, Jesus Christ. Using clever arguments they would deceive people while promising them freedom from the law. And this is the reality in many Christian churches. Yet, doesn’t Christ himself say we are to live by every word of God? The law of Moses — the torah, first five books of the Bible — is a part of that “word.” So, what is it’s value?

Law of Moses: the Weightier Matters

To call ourselves “Christians,” followers of Christ, is to acknowledge that he is the “Master.” His thoughts, attitudes, and actions are ones we want to emulate. When you understand who Jesus was before his life as a human, you can easily see why the law of Moses played a vital role in Jesus’ teaching. Just as he saved Israel from Egyptian slavery, so we too have been saved. Saved to live in obedience to him. So, what was the value of the law of Moses from Jesus’ point of view? And do we value these teachings as our Master does? Searching the scriptures provides the answers. 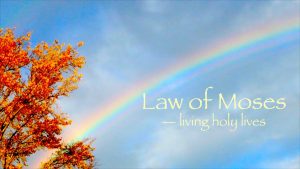 Christians are called to a holy calling to lead lives worthy of our master, Jesus, the Messiah. We have been given the gracious gift of forgiveness, so we may become a holy people. God extends his grace, “charis,” his favour and blessings, to his people. But then what?
Many people in thinking correctly that we do not earn salvation by keeping the law, then make the false assumption that the law is no longer necessary, or valid. Nothing could be further from the truth of scripture! We are called to live holy lives, lives dedicated to our master. We are to walk humbly with God, in faith and gratitude for God’s gracious gifts. There is work to be done, and the law plays an integral part in our walk of faith.