You are here: COG Webcast > Authors > Jeff Patton > Was Patrick a Good Catholic?

Was Patrick a Good Catholic? 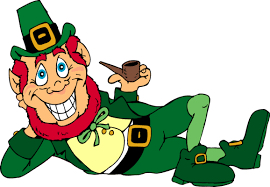 Was St. Patrick a good Catholic? Most would say that you might as well say is the Pope Catholic! But often truth is indeed stranger than fiction, or even green beer.

Many of the tales and lore associated with St. Patrick come from Tirechán’s LIfe of Patrick, which was written about 700 A.D., or roughly 250 years after Patrick’s death. Unfortunately Tirechán’s book is not only completely revisionistic but also primarily fictitious. Tirechán’s work mostly reflects the priorities of an 8th century Catholic hierarchy who were at that point desperately trying to claim Patrick’s missionary legacy as their own in their campaign to pressure the remainder of the stubbornly independent Celtic Christian congregations in Ireland who were refusing to “enter into unity with Rome,”

Far from being a part of the Roman hierarchy, Patrick of Ireland ran a self-funded independent ministry. He never answered to Rome’s direction.
Read more…