Jeff was baptized in Jerusalem in 1973 and began his life-long commitment to walk with God. As a student at Ambassador College in Pasadena Jeff obtained a degree in Journalism while putting his skills into practice as a writer for the Portfolio and the Worldwide Church of God’s (WCG) World Tomorrow, television broadcast.

While living in Los Angeles, Jeff and his wife, Carolanne, worked to host youth summer programs at Camp Riverglen for the WCG Los Angeles congregation. For a decade Jeff was mail processing and circulation manager for the WCG French department under the direction of Dibar Apartian. There he had the opportunity of serving French-speaking brethren around the world and the joy of watching the Pure Vérité circulation climb to over 250,000 subscribers. 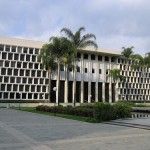 As a result of fundamental disagreements over doctrinal matters, Jeff and Carolanne were disfellowshipped from the WCG and marked by Joe Tkach Jr. for questioning the WCG’s move into a liberal protestant view of the scriptures. In an effort to remain true to God and to the understanding of scripture that was fundamental to the New Testament church in the first century AD, Jeff has worked for a variety of churches of God who have maintained the basic doctrines and practices of the apostles and the early church.

As managing editor for the Global Church of God (later renamed Living Church of God) Jeff worked to create the World Ahead magazine and other literature to support the mission of preaching the gospel to the world. He was gratified to see the World Ahead grow into a monthly magazine with circulation of 70,000+ subscribers under his direction. As a free-lance journalist he wrote his first book, Walk a Straight Path in a Crooked World, based on a series of articles he had written for the World Ahead. 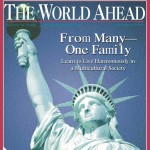 Pursuing his love of the scriptures, Jeff invested 6 months in original research and uncovered many interesting biblical, historical, and archaeological facts relating to the migrations of the ancient ten tribes of Israel and their descendants. Some of this material was incorporated by the United Church of God (UCGIA) editors in their booklet about America and Britain in prophecy. Jeff later wrote, Your Roots Your Destiny, as a summation of his research, and is still looking for an opportunity to publish this book.
While in England, Jeff (a certified teacher) worked teaching history and religious studies in the British school system and on Sabbath he was given the opportunity to preach in the local UCG church congregations. This time in England and Cyprus gave him a chance to pursue his love of history and visit many sites of historical and biblical significance.

Most recently Jeff has begun to work as a producer of documentary films, with a vision of producing films to further the preaching of the gospel and the understanding of our Judeo-Christian heritage. He and his team have produced a number of award-winning videos for corporate and non-profit clients, as well as, the Leo-nominated film, EJ. Hughes, Triumph Over Hard Times. 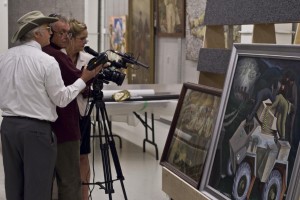 He hopes in the future to delve into a variety of topics promoting the Judeo-Christian worldview.

Jeff is an ordained elder in the Church of God and has served the brethren in Nanaimo for the past six years, first as an independent Church of God and later as a congregation within the Church of God International (CGI). Recent developments within the Canadian branch of CGI have led Jeff to form an independent web-based ministry, COGWebcast to further the preaching of the gospel and to serve the brethren that were being served on-line each Sabbath by the cognanaimo webcast. You can read Jeff’s blog at www.theworldtomorrow.ca.

Jeff hopes to build working relationships with other like-minded brethren who hold to the doctrinal principle of Sola Scriptura, and have the zeal to reach out and preach the gospel to a new generation of disciples.