You are here: COG Webcast > Authors > Jeff Patton > In the Steps of Barnabas and Paul

In the Steps of Barnabas and Paul

Did you know that Joseph, later nicknamed Barnabas, was a levite born and raised in Cyprus? Jeff Patton recounts his Cypriot adventure and his thoughts on the journey of Paul and Barnabas to preach the gospel in Cyprus. 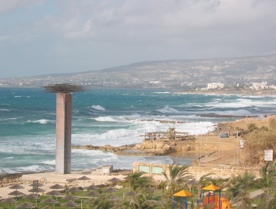 We flew into Paphos, Cyprus, for our vacation about 8 o’clock at night in the midst of a winter storm complete with lightning flashes and blustery winds. After clearing immigration, the representative from the travel company cracked the expected jokes to the planeload of Brits about bringing in the bad weather so as to feel right at home. But then, maybe it was the five Canucks from British Columbia’s Vancouver Island who squeezed on board that were responsible for what would be our typical BC January weather blowing off the Pacific Ocean—wet but rather mild temperature-wise.
It was thrilling to come to Cyprus despite our thunder and blitzen welcome and to be on the island anciently known as Kittim, the reputed birthplace of the fertility goddess Aphrodite. So many exciting things happened here during the early days of the Church. 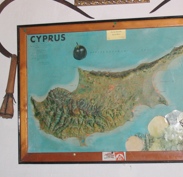