You are here: COG Webcast > Sermons and Media > Videos > Your Spiritual Red Lines? 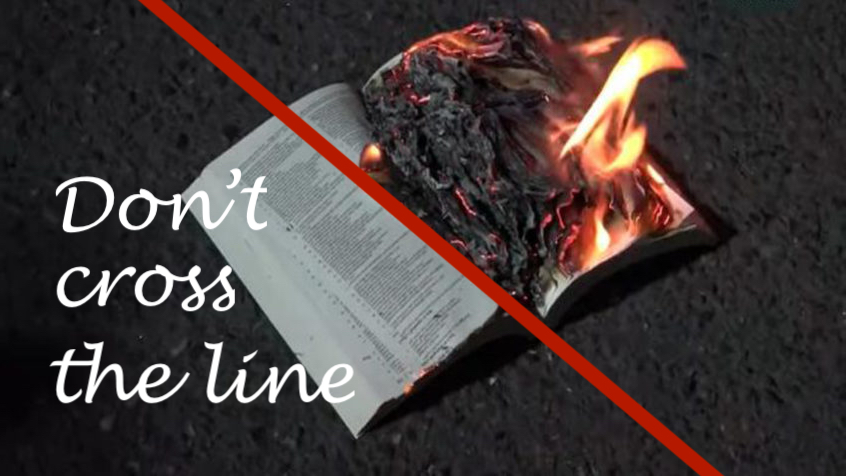 Red Lines and our Ethical Standards

When an employer or a government official asks you to do something, are there personal ‘red lines’ that you will not cross? As we enter a time of uncertainty are we prepared, knowing our moral and ethical lines that must be preserved regardless of the pressure to abandon them.
The religious authorities in Jesus’ day confronted him as he was in the temple celebrating the Feast of Dedication. They wanted to know if he was the Messiah, and what was the proof he could offer them. Jesus was not going to be bullied, but stated clearly that his works had already testified to his Messiahship. He made it clear that his ‘sheep,’ those that trusted and followed him, would follow his example. They would know what ‘red lines’ could not be crossed.

Jesus Christ used the events relating to the Feast of Dedication (Chanukah) to explain what would happen in the future. In his Olivet prophecy he predicted a time of lawlessness, and false religious leaders, preceding his return as Messiah. He connected the key event, the establishment of the ‘abomination of desolation’ to Daniel’s prophecy and the time of the Maccabees. And he warned of the traps that would ensnare many who believed in him. Prior to Christ’s return there would be a time of great apostasy, just as there was in the time of the Maccabees. It is times like these that will test those who worship the Lord God, for there are red lines that must not be crossed.

In the time of the Maccabees the Seleucid Greek leader, Antiochus 4 Epiphanes, had prohibited the worship of the Lord God, the circumcision of boy babies, and the possession of Torah scrolls. He then compelled the Jews, on pain of death, to offer to Greek gods and eat the unclean animals offered in sacrifice. This would be a symbol to show their new allegiance to the foreign king. But Josephus the historian related that “The noblest and best men did not follow Antiochus orders.” Antiochus had been able to pursue his cultural revolution because many among the Jewish civil and religious leadership had embraced the new Hellenic ways in hopes of greater prosperity. But there were still those faithful to the God of scripture who would not cross the red lines. They would remain loyal to the biblical teachings, no matter the cost.

Paul, like Mattathias the Maccabee, understood the cost of faith. He also understood the nature of Roman society, and the ignorance of those who rejected God and foolishly
dove down the rabbit holes of self-deception. Paul warned the new Christians to be wary of the persuasive and deceptive ways of the world in which they lived. He also instructed them to avoid the intellectual and ideological babble that would lead them into spiritual error. They needed to know the scripture and not cross the lines set in the biblical narrative.

The bible gives us clear guidelines on how to live in a dangerous, greedy, arrogant, and narcissistic society. We must stand for Christ and willingly confess our allegiance to him and his teachings. For if we do not cross his red lines, he will stand by us in our time of need.