You are here: COG Webcast > Sermons and Media > Videos > Your Response to Persecution – Love Your Enemies?

Your Response to Persecution – Love Your Enemies? 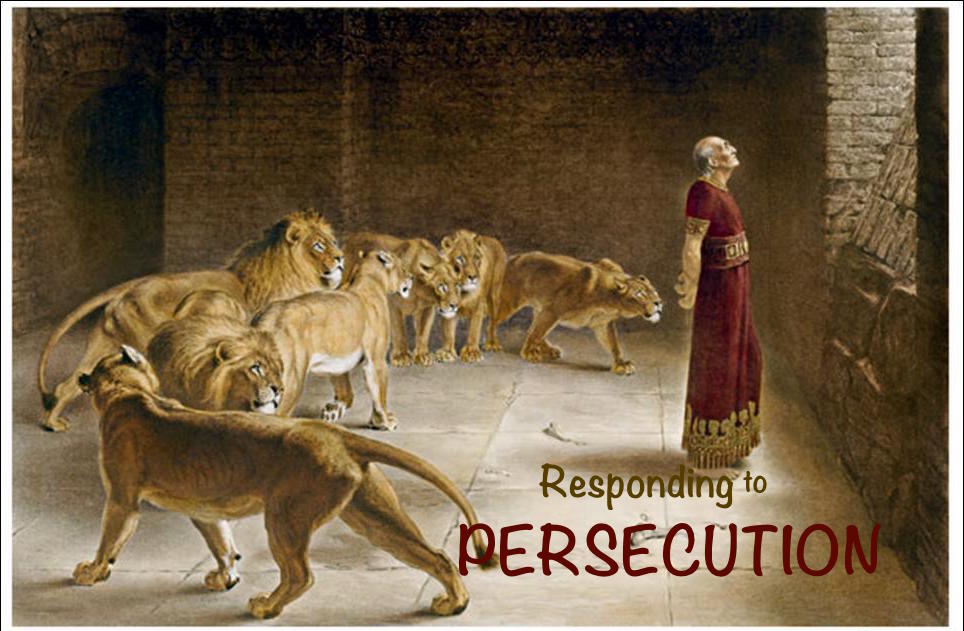 Our Response to Persecution

Western media seems to be ignoring the plight of Christians. Very little response to persecution is being documented. Yet, in 2016, thousands were killed for their beliefs. In the first century, Jesus’ message was an affront to those in positions of power. He was a stumblingblock to both Jew and Gentile, and he was persecuted and eventually killed. He anticipated that his followers would also suffer persecution, just as he did. So he gave them the encouragement that there was a great reward when one is persecuted for doing what is right. We must consider that God intervened to save Daniel, so he is also able to deliver us. But while we wait for God’s deliverance, how does God want us to react to our enemies?

Why We Face Persecution

Our “tolerant” liberal society is becoming more and more intolerant of divergent views. The liberals’ hatred of biblical values may seem unreasonable to those who know God, but they hold opposing worldviews, that cannot coexist. When Christian values are under attack, what is our response to persecution? We are told to love our enemies, those who hate what we believe — the truth found in the scriptures. How do we do that? How do we follow our Father’s perfect example in loving those who oppose us, and the Christian way of life?

We are called to do “battle,” spiritual warfare, but on God’s terms. He calls us to overcome evil with good. He tells us to have the same kind of love for others that he has for us, “agape.” This love is for friend and foe, it is not mere emotion. Agape, love is an unselfish concern for others, seeking the best outcome for them. It is not limited to those who treat us well, but has it’s maximum effectiveness on those who challenge us. This is the godly response to persecution. Not the natural human response that cries for vengeance, or seeks revenge. If we are to be children of our Father, like him we must love our enemies and respond to their attacks with grace and wisdom.