You are here: COG Webcast > Sermons and Media > Videos > Is Now a Time to Repent? A Nation at the Crossroads

Is Now a Time to Repent? A Nation at the Crossroads

Is Now a Time to Repent? 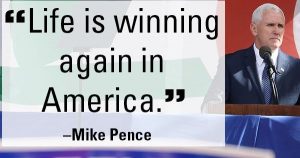 Jezebel was the embodiment of one who “wandered off course, forsaking God, and engaging in sexual debauchery and spiritual idolatry. Yet even Jezebel was given time to repent, time to acknowledge her guilt, and forsake her evil ways. Jezebel is used in scripture symbolically as a system of false teaching that is tolerated and leads many into destruction. Why? Because, they refuse to repent, and as a result they will reap the consequences of their misdeeds.

Time to repent: A Nation at the Crossroads

For those who have gone astray, there is always hope. Why? Because God is willing to forgive and forget. We may have forsaken God’s ways in the past and cast his law, his teaching aside. Yet, if we return to Him, he promises to write his laws on our hearts. Vice President Pence participated recently in the “March for Life.” Acknowledging the sin of the nation in killing 60 million through abortion, he vowed to undo “Roe vs. Wade.” This change of attitude towards protecting the sanctity of life, was echoed in the hope that “Life is winning in America!” Could this be the beginning of a new era of repentance and revival? Or will the followers of Jezebel, who boast in their lawlessness and set traps for others, continue to direct the national discourse? We can pray that we will be given all the time we need to repent.

Time to Repent: Hope in History

In the history of God’s people there have been notable examples of God’s intervention when people are willing to change, even when it is sometimes only the leaders who see the need and enforce the moral standards. General McArthur understood the cause and effect relationship between moral decay and national disaster. The bible records the stories of Asa, and Josiah, leaders of God’s people who brought revival and renewal. Whether the nation is able to experience a time of restoration, as in the times of these kings, will depend on individuals and their choices. Whether in positions of leadership or as citizens we have time to repent. Will we make the most of our opportunity?

Too Late for Repentance?