You are here: COG Webcast > Sermons and Media > Videos > Feast of Trumpets and Christianity

Feast of Trumpets and Christianity 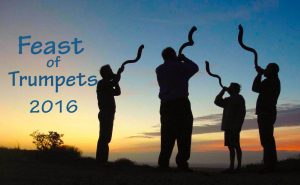 Feast of Trumpets and Christianity

Who is the one who instructed the people to worship on the Feast of Trumpets? And does this teaching apply to new covenant believers? If most Christians were to observe the Holy Days they would come to understand the relationship between the Feast of Trumpets and Christianity. God’s hope is that all will be saved and come to the truth, yet he gives us all a choice. And at the present, many Christians have chosen to teach man-made ideas and forms of worship, while rejecting the clear instructions of scripture. So what are the special times that the word of God asks us to remember and observe?

“Appointed times,” the holy times that were set apart by the Lord God, such as “Yom Teruah” day of blowing and “Yom hazikaron” day of Remembrance – the Feast of Trumpets, were calls to bring people to repentance and a change of heart and mind.  Our present age may be characterized by an “aura of apathy,” but God through the Feast of Trumpets reveals that judgment is coming on those who are apathetic and take God’s word for granted. This festival begins the days of awe, traditionally considered to be a time in which God judged nations and individuals.

Yet, there is also good news for those who embrace God’s teachings as this day – Yom hazikaron – brings to mind the “Book of Remembrance” that God is writing, to record the names of all of those who fear and honour His name. As in the past God uses the shofar, the trumpet, to announce His intervention in the affairs of men, whether in the time of Joshua at Jericho, in the day of Gideon and his battle with Midian, or in the future. John describes in detail the sound of the trumpet and that final trumpet blast that precedes the return of the Messiah. The Holy Day is full of great meaning for every Christian, delve into the scriptures to find all the connections!