You are here: COG Webcast > Blog > Will the Flood of Immigrants Occupy and Change Us?

Will the Flood of Immigrants Occupy and Change Us? 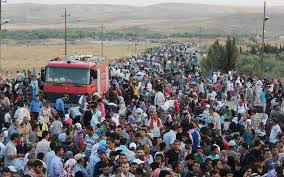 The flood of some 800,000 migrants and refugees streaming into Europe in 2015 are stretching the Old World’s civic resources and in some places the public’s civility. And this flood of new arrivals is showing no signs of slowing down. Some officials are now speculating that about 3 million people will come to search for a better life in the West over the next few years. Will the status quo of the West be disrupted and undermined by the cultural/religious baggage that these millions of newcomers are bringing with them?