You are here: COG Webcast > Blog > Amanda, Jesus, and the Bullies

Amanda, Jesus, and the Bullies 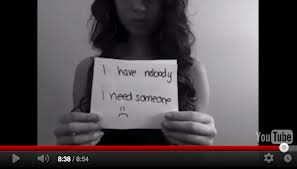 One week ago an almost 16-year-old Amanda Todd committed suicide in a Vancouver, B.C. suburb and Canada has been talking about it ever since. Amanda killed herself about one month after she had posted a YouTube video detailing the torment she had received online…
Read More…