You are here: COG Webcast > Articles > Making the Hard Decisions

Making the Hard Decisions
Are you fellowshipping in a place that provides the right elements for Christian Growth?

This week, my  eldest son brought to my attention an article I wrote over 15 years ago that he had discovered on-line. A lot of changes have occurred since that time, and though I had not reread this piece I wrote so long ago, I have had to revisit the question of, “Where do I fellowship?”on several occasions. I feel it is worthwhile sharing this article with you now, as the question of finding a church (fellowship) home where you can encourage and be encouraged by God’s word and faithful brethren is as important now as it ever was in the past.

The author, a native of Canada, graduated from Ambassador College, Pasadena, Calif. in 1976. She and her husband Jeff have three sons, and live in Ramona, Calif. They are members of the Global Church of God, San Diego. (we are now living in British Columbia, Canada and have been blessed with four sons) 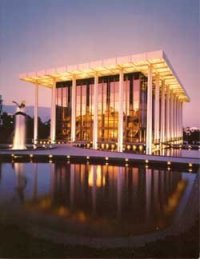 My husband Jeff and I wrestled with the primary issue of church government for several years. His work in Pasadena gave him intimate knowledge of the mindset of the leaders. Initially we concluded 1) as long as the changes were administrative, and 2) as long as doctrinal error was not being taught openly and the gospel was being preached, we could support the new leadership with God’s tithe and our presence.

When changes were made regarding the issues of divorce and remarriage and healing, we felt it was okay to put more responsibility on the shoulders of the individual in these areas. We believed God provided strong guidelines in his Word, and though we were saddened to learn that the church would no longer be as supportive a community in these and other areas as we would have preferred, the new decisions did not require us to think or act contrary to faith (Romans 14:23).

We were able to escape the increasing turmoil in Pasadena in 1991 and found a peaceful haven in a local church area until 1993, when we were forced to re-examine our position once again as a result of the publishing of the WCG’s God Is… booklet which was clearly contrary to Scripture by promoting a trinitarian view of the nature of God. At the same time clever edits were changing the gospel message from the “Kingdom of God” to the” person of Christ.” 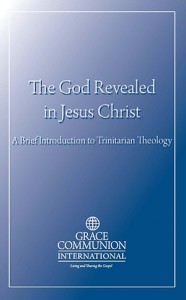 We were in a quandry. We asked ourselves, “What should we do?” We wrote to many in the ministry to ask for their advice.

An evangelist, who at one time had been opposed to what was becoming obvious as a move towards protestantism, wrote that “the Work is finished.” As far as he was concerned, the Work as it had been defined, that of preaching the gospel to all nations, had ended with Herbert W. Armstrong’s death.

I took this up as a challenge and after much study realized this premise does not square with Scripture. It became clear to me that the gospel is to be preached until the end comes(Matthew 24:14).

The Bible tells us we are to make disciples and teach God’s way of life until Christ returns at the end of the age (Matthew 28:20). Christ expects to find us “so doing–“preaching the truth, not just sitting and waiting (Matthew 24:44-51). As the old saying goes “Idle hands are the devil’s workshop.” We on the other hand, must actively be doing our Father’s business.

In doing the work of God, we are not to faint or slack off (Isaiah 40:10, 29-31). Rather, God will renew our strength so we might accomplish his work.

Yes, a “famine of the word” is prophesied, but I can’t believe, based on the preceding scriptures, that God’s people are to “create” the famine by refusing to speak His Word and proclaim His message.

The second basic issue we confronted was “Can God only work in one place?” and “Is God limited to using one corporate body?”

Our starting point here was that historically, Mr. Armstrong acknowledged there were others who “walked in white” even though not a part of his fellowship.

A study of the book of Revelation indicated that at least three of the church eras will be represented at Christ’s return. Arguably, it would be unlikely for them to exist in one corporate entity.

After extensive study into the history of the first century church, it was readily apparent to me that there were four distinct branches that held the commandments of God and testimony of Christ.

The third issue for us was “Can I leave the fellowship of the WCG and still remain faithful to God?” This became, after a time, “How can I justify staying when the truth isn’t being taught?” Joseph Tkach Jr. helped clarify this issue in a personal letter to me which stated that I could only remain a member if I remained silent about my beliefs which were, by then, contrary to the church’s teachings.

Could I keep silent? What did the Scriptures say? Ephesians 4:15 resolved the matter. I was commanded to “speak the truth in love.” There was no sound basis for silence. I was to let my light–actions and thoughts–shine, not hide under a basket (Matthew 5:16). I was to be ready to give an answer to every man of the hope that is in me. (I Peter 3:15). 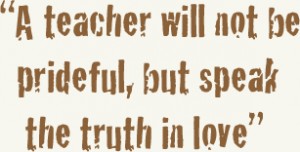 Of course if I was honest and open as Scripture required of me, the end result would be disfellowshipment. However, I would be in good company (III John 10) and Christ had promised that such events would occur (John 16:12).

A friend wrote asking, “But what about your children?” meaning, “Won’t they miss out on a lot of activities and opportunities?” This was the fourth basic question we faced.

But, we had to ask, could we remain in a fellowship which teaches our children contrary to Scripture? We could see that if we remained, we would be forced to contradict the ministry on every major issue, i.e. the nature of God, law and grace, the covenants and statutes, in order to fulfill God’s command to teach our children.

And in so doing, they would see the hypocrisy of the situation and their trust in the Church and God’s ability to govern would be undermined. We had to find a ministry we could support in the truth.

Remembering Mr. Armstrong’s admonition that we weren’t called in this age just for our personal salvation, but to do a work of preaching a witness and a warning, the next question was, “If the WCG had dropped the baton, who would pick it up?” We did a lot of checking up till we had an answer and didn’t feel as though we were jumping from the frying pan into the fire.

Finally, we asked, “Is God duty-bound to set the WCG back on track?” Two thousand years of church history should confirm the fact that though God calls errant brethren to repent, He does allow people to go their own way. The gates of hell have not prevailed against the church, not because we can see an unbroken line of corporate authority, but because God raised up new leaders and new organizations as the zeal and commitment of forerunners waned. 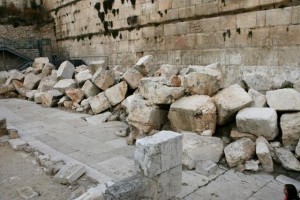 If we rely on God to cleanse the corporate church structure as those in Judah relied on God to preserve the temple, we will surely be as disappointed as they were (Jeremiah 7:3-16).

We need to understand this lesson of history.

For those who feel there is some righteousness in enduring a corrupt government, we should remember Paul’s instruction: “Don’t be led astray, bad companionships ruin good habits. Be aroused righteously and do not sin” (I Corinthians 15:33). Watch those making divisions and causes of stumbling contrary to the teaching which you learned and turn away from them (Romans 16:17).

God will indeed remove the spots and wrinkles from Christ’s bride, but we mustn’t second-guess His method.