As we look forward to the Feast of Tabernacles  let’s remember the lessons of previous festival seasons, and prepare for our best Feast yet. 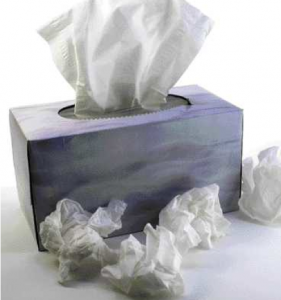 It was the first day of the Feast and I was sitting wrapped in blankets and wheezing to the music over the web, instead of sharing in the joy of singing hymns with a ballroom full of brethren. So who wouldn’t feel a little sorry for themselves? But the minister’s admonition was to give and rejoice at the Feast, so how was I going to do that? Well, here I was shivering in my quilt, with my box of Puffs at the ready. Perhaps after observing 44 feasts I could share some of my experiences and lessons learned for the next few days. As Mom always said. “The best way to get out of yourself is to do something for someone else.”

Remember your first feast? I sure do! I was 10 years old and in grade seven when my Dad surprised everyone, Mom included, by saying he would take us to the Feast in Jekyll Island Georgia, 1500 miles away, but the closest feast site at the time. It had only been a very few months that Dad had been driving Mom and us kids to church in Toronto – a good hour’s drive from our home in Burlington. This too was unusual for my Dad. He wasn’t interested in “Church” but I think he wanted to assure himself that Mom was not getting into some strange kind of cult. I don’t think Dad was convinced of the spiritual merits of the trip down the Eastern seaboard, and it would be a big financial burden as they had not planned for it, but we could share a house on the beach with my uncle and his family to keep costs down. I just think he wanted an adventure – the classic road trip. And it was that and much more. 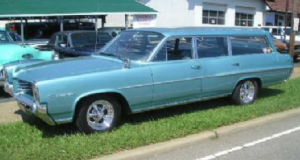 Our first stop in our old pale green Pontiac station wagon was Buffalo. It was the Day of Atonement (Yom Kippur) and all the brethren in Ontario and New York were meeting for double services. It’s often funny what you remember as a child. It is often the feelings and not the substance. There were new kids to meet, places to explore, and 10 pin bowling (a novelty for Ontarians) to watch, as the hall was above the alley with a glassed viewing area at the back. We were all very excited…hungry, but excited. But it was only really when we left the city behind driving East on the interstate towards Rochester that our rumbling tummies began to take top priority. I remember my two younger brothers and I looking longingly west out the back window to the fading pink rays, and asking, “Is it sunset yet?”

We stopped that night in Corning, NY. It was late but we were told that there was a tiny Italian restaurant that would still be open. I think the owner took a shine to us the minute we stepped in the door –  Dad, Mom, and three red-headed, freckle-faced kids.  We lived up to his expectations, loving his service, relishing the spaghetti like we hadn’t eaten for a while (little did he know), and being the height of “politesse.” So much so, that he couldn’t help remarking several times how well-mannered we were! Now to tell the truth we were not always such little angels. My Dad would often ask me if I had headaches from my “halo” being too tight. But we were out in public and had been taught how to mind our P’s and Q’s and respect those who were helping us. And boy, did we feel grateful for that meal! 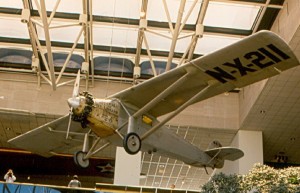 Part of Dad’s mission on the trip was to see the sites in Washington DC, especially the museum dedicated to all things aeronautical. He had been a flight engineer during the war and still had an avid interest in airplanes. So we spent two fascinating days in Washington, expanding our minds if tiring our feet. The only real excitement was when we found ourselves lost in a poor black neighbourhood having missed the turn-off for our hotel. That was a revelation to a 10 year-old who had only really seen black people in pictures, and who was somewhat aware of the news in the mid-1960’s around the tensions between blacks and whites. The faces we saw on the street corners did not look any too friendly, but then living in those poor conditions, the likes of which I had not seen before, could explain the expressions.

Driving south out of DC we had some car problems, that the local gas station attendants couldn’t figure out, but with Dad’s expertise and some prayers the problem was found and solved. We were amazed driving through the Appalachians; our idea of a mountain prior to that trip was the 400 ft escarpment north and west of our town. So the Blue Ridge mountains were massive and stunning to our untrained eyes. The fall colours were spectacular as we wound our way through deep valleys and along rushing rivers. 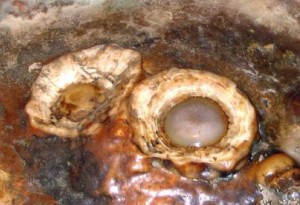 But perhaps the “piece de resistance” was visiting the Luray Caverns. We were entranced by the incredible limestone formations: rippling curtains of stalactites, the awesome grandeur of the stalagmite spires and the sheer ridiculousness of the “fried eggs” that proved to me that God has a real sense of humour.

In a restaurant in South Carolina we were treated to a sizable warm portion of southern hospitality. Here were blacks and whites working alongside of each other. Now my “adult self” realizes that the boundaries on the type of work whites and blacks could do in the South in the 1960’s was probably highly developed. But my 10 year-old self had to reflect that I had not seen a “jollier” and more upbeat eatery than this one. Everyone, black and white had a smile, a joke, and a desire to please that made us “Northerners” bask in the glow. We were treated like we really mattered.

After such an amazing list of “firsts” in our young lives actually arriving at the feast might have been anti-climatic. But once again everything about God’s feast seemed designed to amaze. Our “home” on the beach was unlike anything we had ever experienced. An enormous 20 foot high wall of glass gave a quick glimpse of palm trees, sandy beach, and the ocean! Quite an eyeful for us, as lake Ontario was the biggest body of water we had seen to that date, and on really clear days we could see across it. 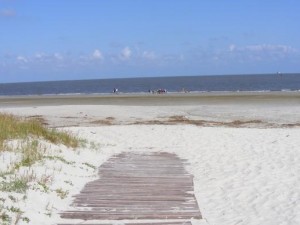 Other marvels awaited in the large open-concept kitchen/dining area. There was a dishwasher, an unheard of luxury that impressed my Mom and Aunt immediately. What with 11 of us to feed, that would be a really nice bonus. Downstairs there were innumerable bedrooms each with their own sliding-glass door leading out onto sheltered patios; this amazing building was a veritable castle in our young minds!

So what of the “important stuff” at the feast, the sermons? What does a 7th grader remember? I remember that the speakers were dynamic, enthused, on-fire, passionate. All of them! So that I could sit there twice a day, for two hours at a stretch and be engaged in what they were saying and not feel bored. Of course it was all new then. And because of Mom’s teaching and example I really wanted to do what God wanted me to do. And what other options did I have? What the ministers said has been lost over time or perhaps repeated so often in so many variations that the original simple theme’s origin has been forgotten. But there is an event that I do recall clearly.

It was one of the first evening services. The weather did not look good. We stood in the tent singing with thousands of other worshippers and then the excitement began. The tent flaps (this was a huge tent) began to whip back and forth, wind whistled through the canopy, the huge poles swayed slightly and then the lights began to pop. 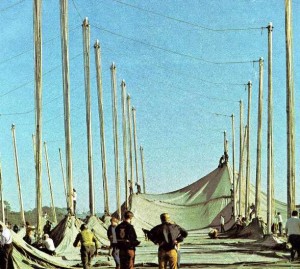 There were prayers for God’s intervention as apparently a hurricane was headed our way and this gale-force storm was just an appetizer. I knew about hurricanes as my birth happened shortly after one of the rare hurricanes in Ontario that flooded the Don River, destroyed many homes and took many lives. For some reason my parents had linked Hurricane Hazel and my birth a few weeks later in their minds (hopefully only a time sequence association) so I was often reminded of the terrible destructive force of a hurricane. But as we said the final prayers one sensed that the whole congregation had faith that God would hear and we all left exhilarated, trusting in God’s deliverance. 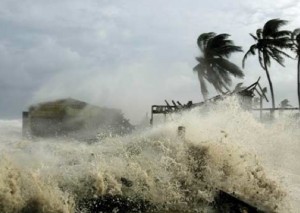 And God did protect us! The hurricane veered missing the feast site, but we did suffer some torrential rains and winds that were monstrous. We sat it out calmly in our steel and glass fortress only somewhat aware of the winds lashing the tiny island. The next morning at services as everyone regrouped it became evident that though the meeting tent fared well as did most feast-goers, a few smaller low-lying hotels had been flooded, and the campground was now a swamp. So there were some brethren in need. One family from our area was in dire need of accommodations, so Dad and my Uncle offered to put up all nine of them! Now our castle was really being put to good use, with 20 of us camped out there.

So what did I learn from my first feast? I saw in a new way that my parents were caring people and I could be proud of their generous godly example.  I discovered a great sense of happiness in helping those in need; it was really better to give than to receive. And perhaps as a child, what was especially important, I learned that God’s ways were exciting and the best was yet to come!

Wishing you all a great feast whether it is your first or fiftieth!