You are here: COG Webcast > Articles > Beginning of Wisdom: Fear of God

Beginning of Wisdom: Fear of God 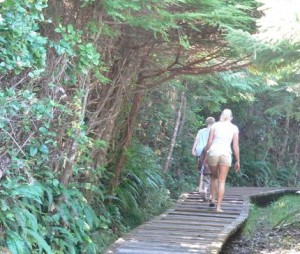 Don’t think you’re on the right road, just because it’s a well-beaten path.
The inclination of 20th century societies to disregard God has resulted in social degeneration foreseen in the first chapter of Romans as a direct result of failing to fear God. “When they knew God, they glorified Him not as God…”so God gave them their pleasure in unrighteousness, certainly not as a reward, but as a curse. And what a curse it has proven to be!

A common attitude we often see around us is one of fearless defiance of God. This same attitude is also seen in children’s attitudes toward parents or authority figures. We live in a society that shows no respect, no reverence for anything and therefore no awe and no honour toward God. God reminds His people to ‘…learn to fear the LORD your God always.’ Why is fear important and a necessary thing to salvation? (Deuteronomy 14:23)

Properly fearing God is not a natural proclivity humans are born with, anymore than children naturally fear ⎯ respect and honour ⎯ their parents. It is something humans need to be taught.

In the Bible, “wisdom” is used to translate the Hebrew word, chokhmah, (pronounced kok-maw) meaning to be wise in thought and deed, and the Greek word, Sophia, (pronounced sof-ee-ah) meaning clear, or wise. The Scriptures make plain that wisdom that is based upon the Word of God is the only true wisdom, while carnal “worldly” wisdom is nothing more than dead-end self-righteous vanity.

There are many examples of wise God-fearing men and women in the Bible. When it comes to Samson, most would agree Samson’s feats are legendary—used in a mighty way by God, but was he a God-fearing man? Did Samson have the wisdom to fear God in a right way? Did he grow up being respectful and in awe of Almighty God? His story began when an angel appeared to his mother. She was told to neither drink wine, nor strong drink, nor anything unclean. And she must not cut Samson’s hair. It is evident his mother feared God and obeyed the instructions she was given. Because of her actions, because of her fear of God, her child grew and became very strong. It seems that Samson was raised in a God-fearing home. But was his mother’s example of fear, honour, and obedience to God passed on to her son?

As an adult, Samson became a judge and a warrior and seemed successful in life. Yet, it might appear that in his early years Samson never did get really serious or careful about his spiritual walk with God. Samson did not develop a healthy fear and awe of God and it showed in how he lived his life. Maybe he was so strong, he forgot the source of his strength and he did not feel he had to rely on God. Samson doesn’t show respect for his folks either. If he had, he wouldn’t have behaved the way he did.

Samson wanted to marry one of the women in the enemy’s camp—a Philistine. It would have been a well-known command that Israelites, God’s people, were commanded not to marry heathen women. In even contemplating this plan of action, Samson showed he did not fear God, nor did he listen to his parents’ advice. Just ‘get me what I want and get it for me now’ was his attitude! Samson’s scandalous behaviour, for a man of God, in that social climate and culture, brought his parents much grief. (Judges 14:2-3)

When humans fail to get serious with God it shows in the way they conduct their lives. Samson was always doing his own thing. He lived for himself. He allowed his own personal desires and fondness of pretty women to dictate his actions. God’s plan for Samson was greatness, just as it is for all those God calls out of the world, but Samson’s pattern of living was indifference and arrogance. He just took things for granted and never really got serious with God. And yes, God did use Samson, in spite of himself, in a mighty way for the nation of Israel. We see the words, “the spirit of the Lord came upon him,” many times in this account. God used Samson to keep the enemy nation in check. Yet a vital ingredient in Samson’s character was missing. 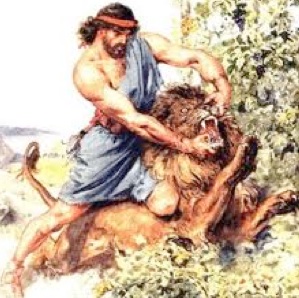 We know the story about the beautiful Delilah. This little woman, whose name means delicate, was his down fall. Satan launched a clever sneak attack, using a delicate woman as a weapon against the mightiest man of Israel. And this little lady won! But the real problem wasn’t Satan’s sneak attack, but Samson’s spiritual arrogance. He was so strong and self-sufficient he had not learned to fear God. Are we like Samson, so self-sufficient and strong that we do not turn to God when we need to? Do we fear and respect God enough to ask His advice as we should?

Samson not only found himself ensnared by the charm of the temptress, but he succumbed in such a way that he was made completely vulnerable and didn’t even know it. Now if Samson had developed a healthy godly fear, he would have obeyed God’s instructions or looked to Him for help out of this temptation in the first place.

The problem was Samson felt he could handle it. He believed he was totally in charge of the situation. Samson prided himself on the assumption he could never fall. What was Samson’s prayer life like—His connection to God? We did not hear him asking God for directions. He plunged headlong and did whatever he wanted to do. Samson turned to God only when he got in a jam. Samson was selective in his obedience to God. He did not fear God enough to look to Him at all times.

Let’s examine Samson’s own words—as an example of Samson’s relationship with God. This was after he had killed a thousand men with the jawbone of a donkey.

And he was sore athirst and called on the lord, “You have given me this great deliverance into the hand of your servant and now shall I die for thirst, and fall into the hand of the uncircumcised.” (Judges 15:18)

Did you hear Samson’s words? They were challenging words. First, Samson reminded God of what God had done for him, then he put his need in the form of a demand “and now shall I die for thirst?” That’s like a child reminding a parent. “Hey, you brought me into the world, it’s up to you to see that I am taken care of.” Or, “Hey Pops, you gave me the car, it’s your job to keep it filled with gas.” Samson felt his service to God and his expectation of deliverance was a God-given right; there was no gratitude or humility in Samson’s demeanour. We don’t even hear the words, “Please God—have mercy and give me a drink” or, “Thanks for helping me through a nasty situation.” Samson’s words revealed his attitude toward God; it was not an attitude of fear and humility.

Let’s compare those words with his final prayer after he was blinded and humbled by imprisonment.

And Samson called unto the Lord, and said, “O Lord God, remember me, I pray thee and strengthen me, I pray thee, only this once, O God, that I may be at once avenged of the Philistines for my two eyes.”(Judges 16: 28) 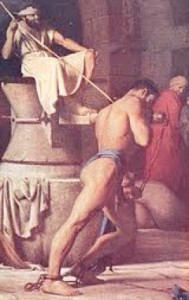 After a lifetime of work for God, Samson finally learned to fear God, to reverence the Great God, and with that fear came wisdom—if a little late for him in his physical life. Samson chose a hard way to learn—having his eyesight taken away and having to work like a beast of burden for twenty years. But is this what it takes before some humans learn to fear and respect the awesome, almighty, majestic God of the Universe? Nevertheless, at the end of Samson’s life, I am sure God was pleased to see Samson had grown in wisdom, humility, and godly fear and his prayer was answered.

Like Samson, sometimes self-sufficiency can be a tower of strength that gets in the way of learning to fear God. Let’s not have to learn the hard way like Samson. Let’s learn to fear God now and use the wisdom He so generously grants us. God says we can learn to fear Him at the festival seasons and throughout the year— that’s a much easier way to go than Samson’s route.

This is what the LORD says: “Let not the wise man boast of his wisdom or the strong man boast of his strength or the rich man boast of his riches, but let him who boasts boast about this: that he understands and knows me, that I am the Lord, who exercises kindness, justice and righteousness on earth, for in these I delight,” declares the Lord (Jeremiah 9:23-24).