You are here: COG Webcast > Articles > Adventures to Share: What Really Matters

As we look forward to the Feast of Tabernacles  let’s remember the lessons of previous festival seasons, and prepare for our best Feast yet. 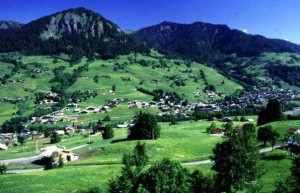 Sometimes the traveling to or from the Feast can be a great adventure with many lessons learned. My second year at college I joined a group of students, with varying levels of French fluency on a train trek across Europe to the idyllic mountain village of Praz sur Arly. I don’t know why we thought we needed to carry all of our meager wardrobe across the continent, but it seems that most of us showed up ready to go with a huge valise and flight bag that would have kept us clothed for months. We were either going to build major muscle groups in our arms or destroy our spines.

Our first stop was Paris for Atonement, where I got my first taste (it was the only thing I was tasting that day) of listening to a full church service in French. Having by then had 8 years of experience in the scriptures and “church speak” I was able to follow the French almost as well as English, but the cost was that kind of mind weariness that comes from straining far too long to hear someone’s barely audible whisper.

What was exhilarating was to know that here, so far away from anything familiar, I had brethren who were rejoicing in God’s Holy Days and following the same patterns of worship that were so much a part of my life. They were “family” sharing in the profound meaning of the Holy Day that God had established millennia before as a yearly reminder of His deliverance and gracious presence in our lives. We were sharing this great spiritual adventure. That was a comforting thought. 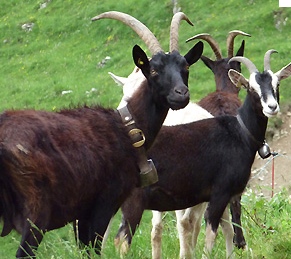 The train trip from Paris to Annecy seemed interminable, but finally, as we climbed up into the French Alps the vistas were astounding. I’d thought the Appalachians were grand, but they were merely gently rounded molehills compared to the enormous bulk of Mt. Blanc or the lofty pinnacles of the Aiguilles du Midi. I loved the alpine valleys, and the lowing of the cattle, and the music of the cowbells mingling with the high sweet notes of the goat bells as they grazed together on the lush pastures. Passing rustic barns and dark timbered chalets with their colourful window boxes, I could imagine I’d traveled back to an age of ox-cart and donkey. I’ve always appreciated Feasts away from the hurly-burly of modern life and the hectic pace of the city. So this pristine mountain valley was an oasis of peace for me.

Of course in coming to a French feast site, I had other motives besides a decided aversion to returning to Minehead. I’d had a love affair with the French since Grade 8 when my first French teacher introduced me to this wonderfully melodic language . It seemed that my Dad did all sorts of things to discourage my interest and mock my enthusiasm, but his efforts seemed to produce the opposite effect. Little had I known, as a child, that Dad had asked a French-speaking sweetheart to marry him during the war, and though she said, “Yes!” the local catholic priest had said a resounding, “No.” Dad was Protestant, and that was not acceptable. So she broke his heart. No doubt his mildly acerbic view of the “frogs” was somewhat skewed by this personal pain. I however, loved all things French, perhaps with the exception of some of the neurotic, existential authors I was forced to read and write about for French literature class. I could quickly sum their worldview of meaninglessness up in one word – depressing, and there was no room for “depressing” at God’s festival of joy. 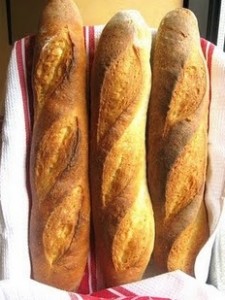 Soon we were ensconced in our vacation home, Village Vacance Familles, VVF. Tiers of two or three-story chalet style buildings marched up the steep slope from the dining area and main hall. We shared small spartan rooms with a common balcony/walkway that ran the length of each building. In the morning we awoke to the cheerful symphony of the bells  floating on the crisp autumn breeze as the flocks were herded up the hills to pasture. We were all delighted to find our continental breakfast in a bag hanging from the doorknob of each apartment. Each bag contained a baguette of fresh, crusty wholegrain bread (I still have yet to find such wonderful bread elsewhere) butter, jam, and makings for coffee or hot chocolate on our one-burner hotplate. The French are well know for their cuisine, and in this valley the land truly flowed with milk and honey – the makings for a wonderful assortment of mouth-watering treats. This was going to be a Feast to remember. And it was. 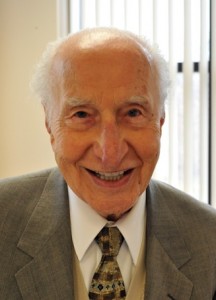 Morning services kept our minds on a razor edge listening to the messages in French; the “concentration headaches” diminished and each day it became easier to fully grasp what was being said during the sermon.  Mr. Apartian was always encouraging the students to improve our language skills with an eye to having some of us prepared to work in the French department of the church. Jeff, years later, worked for M. Apartian as mail-processing manager at the French department in Pasadena. It was sad this past year when we learned of his health problems. But it was also a blessing to correspond with him before his death and let him know the positive impact his faith and wise counsel had on both of us.

In Praz sur Arly,  the daily luncheons were shared with all the French-speaking brethren – the food was sooo good! -which gave us opportunity to hone our speaking skills as we opened our hearts to them. The local specialty was cheese fondue. There is no other comfort food that is quite as scrumptious as those toothsome morsels of baguette dipped in a simmering pot of Emmentaler and Gruyère cheese, with just a hint of kirsch. Fondue and friends was the best way to spend a cold fall evening in the French Alps. 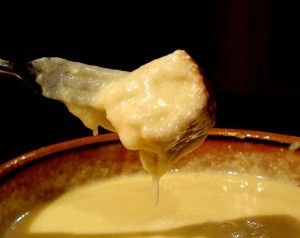 I still have one great picture of a games evening with one of the young French teens on my shoulders. She is trying to eat grapes off of a string strung across the room. She is a pen-friend to this day, over many years, through many changes, and across many miles. In so many ways the Feast brings us together to share God’s blessings, to serve one another, and to cherish the relationships he builds into our lives that give us comfort and stability.

When I look back on that group of students who shared this adventure, I rejoice that many of them are still fully engaged in God’s way of life, keeping His Feasts, and anticipating His hope of a millennial world of peace and plenty – just one of the important shared memories we savour together during the Feast of Tabernacles season.