You are here: COG Webcast > Sermons and Media > Videos > When the Wicked Rise to Power – Choose Your Path

When the Wicked Rise to Power – Choose Your Path 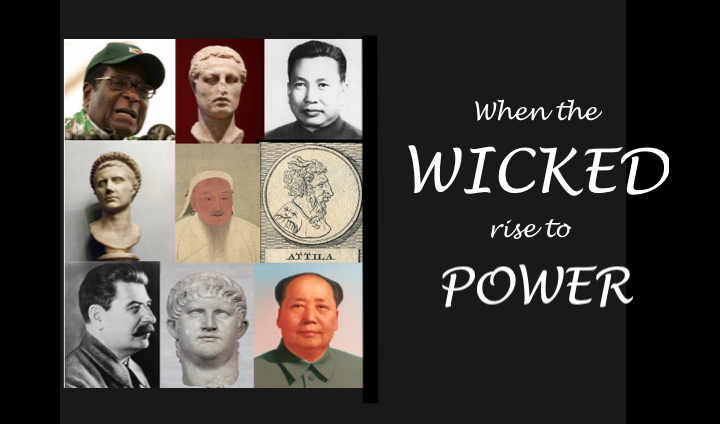 If the Wicked Rise to Power – Lessons in History

The book of Proverbs tell us that when the wicked rise to power, “men hide themselves.” On the other hand, when the righteous triumph there is great joy and celebration. It is a disgrace to any nation to allow the wicked to rise to power for they will rage against those who value truth and integrity. The wicked both hate and fear the citizens who love what is good. And the wicked will seek to destroy the wise and courageous people who oppose their evil plans. The events in the 1600’s in England demonstrated the wisdom of the Proverb. In this time of great political and religious upheaval, Matthew Poole learned there were times to speak and times to be silent.

Matthew Poole and the Non-Conformists

Matthew Poole, was a non-conformist church leader, who valued the principle of sola scriptura. After the excesses of Oliver Cromwell, and the restoration of Charles 2, Poole spoke to the Lord Mayor of London of the need for ‘simplicity in public worship.’ But Parliament’s response was the Uniformity Act, that ensconced the High church in power, and persecuted all non-conforming Christians. Matthew Poole, seeing the writing on the wall, resigned from his position, and ‘hid himself.’ However, he continued to preach ‘quietly’ maintaining a low profile and creating an informal network of friends who shared his belief in the scripture. When the wicked rise to power, it takes wisdom and discretion to know when and how to continue to speak the truth.

The “Test Acts” that were later instituted in England made it impossible for anyone but Anglicans to serve in the government. So all non-conformist Christians became second-class citizens. They could not join in the public discourse of the nation or hold public office. This was a major reason that the non-conforming Christians moved to Holland, or took the perilous journey to the New World. They wanted to escape the oppression they faced in England and enjoy religious freedom again. No doubt the stories in the scripture emboldened them to take their families and leave their homeland. When the wicked rise to power it is often necessary to make a move.

Elijah and Ahab – When Evil Rules

In the time of King Ahab of Israel, and his wife Jezebel, the lives of those who worshipped God were constantly in jeopardy. But God sent his prophet Elijah to fulfill his mission and ‘speak truth to power.’ Elijah predicted a 3 year drought and then he fled, to avoid Ahab’s henchmen. Meanwhile there were people, even within Ahab’s inner circle who took enormous risks to continue to serve God. Obadiah, was one of these faithful few who served Ahab, while at the same time he served God. He used his position to save 100 of God’s prophets from Jezebel’s fury, protecting and providing them with food and water. Eventually, Elijah returned and initiated the challenge between the prophets of Baal and the Lord God, Yahweh Elohim.

The people of Israel witnessed the display of God’s power, in the miraculous fire that consumed the offering and the altar. Then Elijah prayed and the rain that was so desperately needed began to fall. But once Jezebel heard that Elijah had killed her prophets, she vowed to kill Elijah to avenge their deaths. So Elijah fled, and God sustained him until he was given a new mission to fulfill. James the brother of Jesus told us to remember this story of Elijah, and the power of fervent prayer. When the wicked rise to power we must not stop doing the work God has given us to do, even though we may need to ‘flee and hide’ for a time.

The Maccabees and the End of Days

The prophet Daniel, wrote to encourage those in the time of the Maccabees and in the time prior to the return of the Son of Man. He foresaw future times when the wicked rise to power through devious means. In both cases the wicked would be a combination of corrupt, traitorous renegades and foreign powers. Daniel’s message to the wise who know God, would be to resist and take action. Using their spiritual insight they would continue to teach God’s ways. Some would be killed in the line of duty, serving God. But their reward would be eternal life. Yet, in spite of the personal danger, they would continue to lead others to do what was right in God’s sight.

Paul reiterated Daniel’s advice on how to proceed when the wicked rise to power. God has given us a job to do and we must not quit. We must persevere in proclaiming God’s message, teaching and challenging others to live as Jesus would live. And whether it is a time to hide or a time to confront, we must be prepared to keep God’s message alive in our generation.