You are here: COG Webcast > Sermons and Media > Videos > The Fall Festivals and Becoming Teleion People 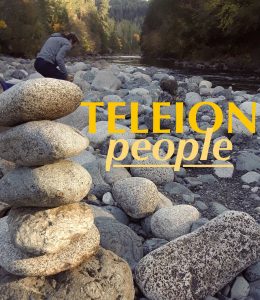 Jesus Warning to his Disciples

Jesus warned his disciples of a danger in his time and ours that would keep us from becoming ‘Teleion people’. He said with a sense of urgency, “Don’t misunderstand why I have come. I have not come to abolish the law of Moses or the writings of the prophets!” And yet, many in our Christian world declare just the opposite. They insist that Jesus came to “nail the law to the cross.” And in so doing, they deny Christ’s own words. He gave us warning because he knew that the doctrine of lawlessness would cause many to stumble. He knew that they could never know the love of God, while at the same time rejecting God’s commands.

Jesus knew that to love God and become that ‘Teleion’ person an individual had to embrace God’s commands. And, obey his precepts. The religious leaders of Jesus’ day were offended by Jesus’ teaching. Especially, when Jesus accused them of replacing God’s commands with their own hypocritical rules and traditions. As Christians, our righteous obedience to God must be greater than that of the Pharisees. They often talked a good talk, but did not do God’s commands. Christ asked his followers to accept his yoke, the yoke of obedience to God’s instructions. Why? Because it was ‘light’ in comparison to the weight of sin, or the burden of human traditions.

Part of the teaching of God had to do with the observance of his holy times. In the fall of the year, the people of God would celebrate the annual Holy Days that God had commanded. They considered the days between the Feast of Trumpets and the Day of Atonement to be times of judgment … ‘Days of Awe.’ It was during this time when God would judge individuals and nations fairly, according to his standards of what was right and wrong. But God’s ultimate hope was that all people would embrace his ways, the ways that would lead to life. There was always forgiveness for those willing to humble themselves and repent, because God’s purpose was to create Teleion people.

Teleion People and Our Service to God

The lawyer who tried to test Jesus in asking him, “What is the greatest commandment” Was convicted of the truth of Jesus’ answer. For, the command to love the Lord with all your heart, soul, and mind was central to the teachings in the Hebrew scriptures. Thus, anything that stood in the way of loving God wholeheartedly and following his instructions could become sin. And sin was that burden that would weigh us down, keep us from becoming Teleion people, and eventually rob us of eternal life.

Matthew revealed that the purpose in living was to become Teleion people — perfect as our Father is perfect —spiritually mature. This would mean that our lives reflected our desire to actively integrate God’s values into our daily routines. We would become the ‘living sacrifices’ that Paul said would be pleasing to God. And, we would cast off the ignorance embodied in the traditions and expectations of the world, and embrace God’s will wholeheartedly.
Are we being transformed by the renewing of our minds? Are we maturing in our knowledge of God’s will? If we are Teleion people, this will be the life’s course we will be pursuing.

The Will of God for Your Life