You are here: COG Webcast > Sermons and Media > Videos > The Authentic Gospel God with Us — Immanuel

The Authentic Gospel God with Us — Immanuel 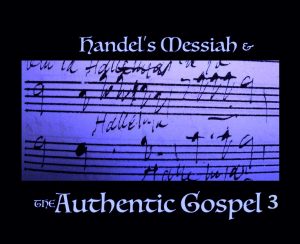 The Authentic Gospel God with Us

Immanuel – God with Us

The story of the birth of the Messiah is familiar to many Christians. However few are aware of the prophetic implications. In a time of political turmoil, when the fate of the nation seemed to hang in the balance, Ahaz the king of Judah was given a prophetic sign. A virgin was going to conceive and give birth to a son. This sign was to be a hisorical reality foreshadowing the plundering of Israel by Assyria. But, it was also prophetic, heralding the coming of the future Messiah during a time of captivity. A time when  in spite of grave danger and turmoil, the good news of the authentic gospel God with us — Immanuel, would give hope to those who trusted in God’s word.

The good news, the gospel, was about the coming of the Messiah. His coming would be in a time when darkness covered the earth. A time when ignorance of God’s ways would bring death, destruction, and misery. And his appearance would bring light to all nations. The Sun of Righteousness would arise and bring a healing light. But to those who were evil or arrogant, the light would be like a burning fire.

A Gospel of Hope

The religious leaders of Jesus day who knew of the prophecies of the Messiah, were anticipating his coming in their day. They looked for a ruler to free them from political oppression, and re-establish them as a sovereign nation. They understood that he would come as a conquering King. So they did not recognize him when he spoke to them. Yet, the prophecy is sure, and Christ, the Messiah, will come to rule all nations. He will intervene in world affairs, and he will have the power, the authority, and the commission from the Father to judge all people. Are we among those who volunteer to serve Christ now? So we are prepared to serve when the King of Kings returns?