You are here: COG Webcast > Sermons and Media > Videos > Sodom and Lot – Lessons from Biblical History 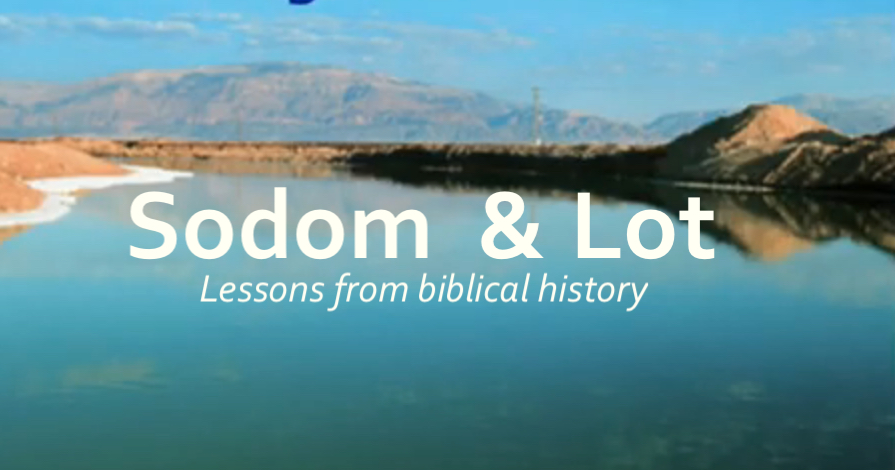 Sodom and Lot and the End of the Age

When Jesus prophesied about the nature of society at the end of the age he told us to remember Sodom and Lot, and Noah and the flood. Jesus believed there were important lessons to be learned in remembering these places and events in history. Yet, he said these societies on the surface appeared ‘normal.’ Most people went about their daily activities indicating that life was ‘business as usual.’ They were buying and selling, farming and harvesting until destruction came upon them suddenly. Yet, if one had the insight of God and could see into people’s hearts, there was a different picture. For as the Lord God said, he felt compelled to destroy them for the ‘thoughts of their hearts were only evil continually.’
So how does our society fit into this picture? Are we there yet, wholly given to doing evil? Or do we still value truth and life?

Only Two Choices – Life or Death

At creation the Lord God provided two trees as metaphors for two ways of life given to his children. The tree of life represented truth – respect for and adherence to God’s precepts that would lead to life. The other tree represented humanity’s ability to choose their own standards of good and evil that would eventually lead to death. For ultimately only God had the ability to offer eternal life. As Jesus explained millennia later, sinning to hold onto your physical life would end in death. While losing your physical life in an effort to remain faithful to God’s ways would result in eternal life. This message related directly to the story of Abraham, Lot, and Sodom.

Sodom and Lot – How it Began

We find this story in the book of beginnings, Genesis. The Canaanites, the children of Ham, had settled in the lush fertile valley and built Sodom and several other cities. Abram (later Abraham) God’s servant was also in the region, in the hills nearby, pasturing his flocks and herds with his nephew Lot. When quarrels erupted between the shepherds, Abram offered Lot a choice of pasture land. Lot chose the verdant area near Sodom, and eventually ended up living in the city.

It seemed like a good idea, at the time. The area was prosperous, commerce was active, and trade was flourishing. The society looked good, by any human yardstick, but there was a problem. Having fully embraced the tree of the knowledge of good and evil, God characterized the men of Sodom as evil by his standards. They had become enslaved to their lawless ways, and there would be natural consequences for their choices.

In the course of time, wealthy Sodom was dominated by overlords from the East and when Sodom’s king refused to pay tribute a battle ensued. Sodom’s army was defeated and the victors carried away much of the wealth of Sodom along with Lot and his family. When Abraham learned of this tragedy, he gathered a militia of a few hundred men to pursue the attackers and retrieve his nephew. Abraham returned after a successful mission, having saved Lot and others from Sodom. The King of Sodom offered to reward Abraham, but Abraham refused to take any of the booty. He knew the corrupt nature of the king and his politics. Abraham was not even going to ‘appear’ beholden to a man whose ways were in direct rebellion to those of the Lord God who Abraham followed.

But this is not the end of the story. The people in Sodom who had been saved by Abraham did not learn any lessons. They did not change their hearts or amend their ways. Even though they knew of the evils in their society that had led to their defeat and captivity, they continued on their downward slide. Lot having been saved, also returned to Sodom, to rebuild with his family. It is perhaps difficult to understand why he made this decision. What were the factors he considered before continuing to live in a society like Sodom? What were the pressures that were brought to bear to keep him there? Did he not appreciate the corrupting nature of society on his children? These are good questions without good answers.

Abraham Pleads with the Lord

Abraham, however, continued following God and teaching his ways. His pastoral lifestyle in the hills above Sodom, allowed him to care for a large community of herdsmen and their families. It was probably not an easy life, but God ensured that Abraham prospered. Eventually, God came to visit Abraham. He told Sarah she would have a son in her old age, a blessing that seemed incredible. And he told Abraham his intentions in visiting Sodom.

Abraham knowing that Lot was still there pleaded for the Lord God to spare the city if there were 50 righteous. After some negotiating with Abraham, the Lord agreed to spare the city if there were only ten righteous. For Abraham reasoned correctly, that the judge of the whole earth does not destroy the righteous with the wicked. The Lord preserves those who embrace the way of the tree of life but those who choose the tree of knowledge of good and evil will reap its fruit.

Lessons from the Destruction of Sodom

The apostle Peter reflected on these historic events. He concludes that though God did destroy Sodom, making it a heap of ash, he also delivered Lot. We know that Lot had been tormented by the evil nature of the society in which he lived. What he saw and heard daily aggravated his heart and mind, but perhaps with his family there he felt powerless to make a move. Instead he did what he could, as a ‘preacher of righteousness’ teaching God’s ways. He also walked with God, and did what he could to protect others, and show hospitality to strangers.

Lot’s story is a lesson in God’s mercy, ‘for the Lord knows how to rescue the godly’ It is also a lesson in God’s judgment. For in time God’s patience will run out, and those who embrace evil, destroying others in the process, will have to face the consequences of their choices.

Our choice then becomes elementary. Do we get caught up in the sins of a society that has been living by the tree of the knowledge of good and evil for millennia? Or do we follow in Abraham’s footsteps, the father of the faithful. He chose the way of the tree of life and will reap eternal life in the city of God as he was promised.

Learn more about the lessons from biblical history:
http://cogwebcast.com/sermons/video-archives/prophecy-and-history/