Are You ‘Winging It’ Spiritually?

Comments Off on Are You ‘Winging It’ Spiritually?, Filed in Videos, by CGP. 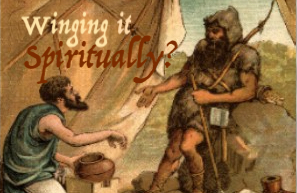 Is it Wise to be Winging it Spiritually?

Are you loving the Lord, loving scripture, but still ‘winging it spiritually!’ Winging it is all about improvisation, as opposed to planning and preparation. It is playing your role without knowing the text. This might be something that a professional actor might have to do when forced to take on a role they have not practiced. However, in our lives as Christians we are more than actors in a theatrical production, so should we be ‘winging it?’ Is this good or bad theology? And is this the way we should relate to God and his teaching? END_OF_DOCUMENT_TOKEN_TO_BE_REPLACED

Comments Off on True Doctrine: Who Interprets Scripture Perfectly?, Filed in Videos, by CGP.

Are the Greek Scriptures Authoritative? 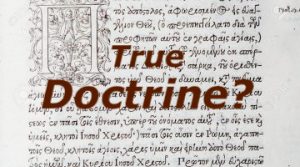 In the midst of modern culture wars the question of right and wrong looms large. In the church this becomes a question of ‘What is true doctrine’ and by whose authority is it established. In the early church the division over doctrine eventually created a great rift within the first century community. It drew a dividing line that led to the creation of distinct religious traditions – Judaism and Christianity. By the early fourth century the messages of the gospel writers had been disseminated to many regions. There was no doubt as to their authenticity, but major disputes over their interpretation But today, many have come to doubt whether the Greek scriptures are authoritative. What about you? END_OF_DOCUMENT_TOKEN_TO_BE_REPLACED

Spiritual Deep Fakes — Are You Being Deceived?

Comments Off on Spiritual Deep Fakes — Are You Being Deceived?, Filed in Videos, by CGP. 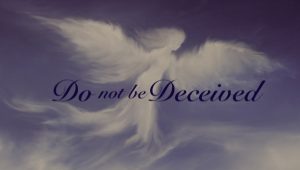 Do Not Be Deceived!

Jesus warned his disciples about deceivers promoting their fake gospels. Are you being deceived? Don’t be too quick to answer, as Christ said many would come and deceive many. Are you one of the many? Christ’s warning was that we should be ‘on guard’ so that we would not be misled. For the ‘many’ would wander off, and go astray, roaming away from the truth. Jesus wanted his followers to know the truth and live by God’s word of truth. But he also knew the power of the scammers of his day. So he gave a warning. END_OF_DOCUMENT_TOKEN_TO_BE_REPLACED

Will God Intervene? Can We Trust in God’s Timetable?

Comments Off on Will God Intervene? Can We Trust in God’s Timetable?, Filed in Videos, by CGP.

Will God intervene in World Affairs

Recently a leading Iranian official claimed, “Iran destroying Israel is now an achievable goal.” Their oft-stated objective is to ‘wipe Israel off the map.’ But will they succeed, or will God intervene? …and sometimes in mysterious ways. We can be assured that there will come a time that as Isaiah prophesied, “The Lord will fight (once again) as he did at Mount Perazim and in the valley of Gibeon.” Do you know what happened there? END_OF_DOCUMENT_TOKEN_TO_BE_REPLACED

Comments Off on Pursuing Reality — or Embracing Illusion, Filed in Videos, by CGP.

Reality or Illusion – There are Consequences

In a world where the biological fact of male and female is being challenged and transgenderism embraced, are we pursuing reality or embracing illusion? Some in the world of medical science claim that sex is binary. Why? Because there are over 6,000 genetic differences between the sexes that are embedded in every cell. And hormone therapy cannot change this reality. However, there are others who deride such statements of fact as ‘hate speech,’ for they would prefer the illusion of gender choice. The Christian narrative embraces ‘natural law’ the reality embedded in the natural world. This  law, this physical reality, was the work of the Creator who made all things. Yet, in Jesus day he also dealt with societal leaders who were willing to deny reality to achieve their own ends. END_OF_DOCUMENT_TOKEN_TO_BE_REPLACED

Searching for Freedom? You need a Redeemer!

Comments Off on Searching for Freedom? You need a Redeemer!, Filed in Videos, by CGP. 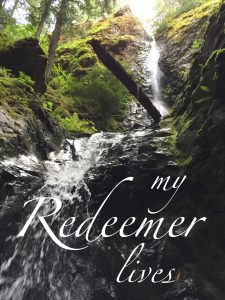 You Need a Redeemer

Harriet Tubman’s story is an inspiring tale of a woman whose courage helped her kinsmen escape from chattel slavery. She fulfilled the role of a redeemer to her people bringing many slaves by way of the ‘underground railroad’ to safety in Canada. Yet the greater story of redemption is that of the Creator redeeming his creation from the slavery of death and decay, into the liberty of God’s eternal children. Do you know that story? END_OF_DOCUMENT_TOKEN_TO_BE_REPLACED

Do Not Stumble – Complete the Christian Race!

Comments Off on Do Not Stumble – Complete the Christian Race!, Filed in Videos, by CGP. 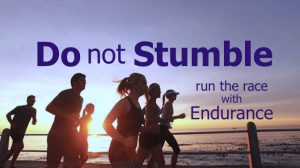 ” Do not stumble!’ This was the apostle Paul’s exhortation to his readers in order to complete the Christian race. Unlike the competitors of Paul’s day we are not seeking the fleeting glory of a crown that withers. Rather, we are to run our best race with discipline and self-control. Why? So we can seize the prize — a crown that is imperishable. The prize for the overcomer, the one who was victorious, is to inherit eternal life and sit with Christ when he returns. So what could make you stumble, and keep you from conquering? END_OF_DOCUMENT_TOKEN_TO_BE_REPLACED