You are here: COG Webcast > Sermons and Media > Videos > Who is Guarding the Flock? Are Your Leaders Leading?

Who is Guarding the Flock? Are Your Leaders Leading? 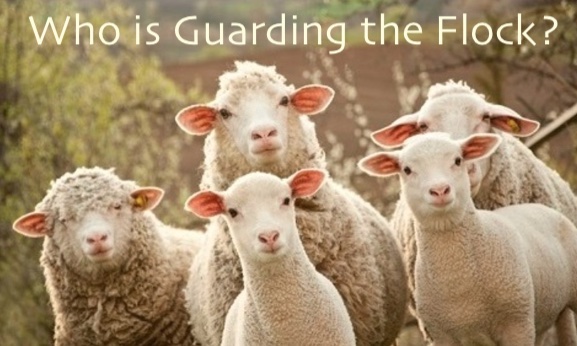 God had given Moses the role of leading his people Israel out of Egypt and to the Promised Land. Trained as a shepherd Moses understood this sacred trust to guard and shepherd God’s flock. Following in the footsteps of his Lord, who would later offer his life for the people, Moses demonstrated godly love for those he served, for forty years he was the one faithfully guarding the flock. Similarly, Jesus’ demonstrated his love for his disciples, and he encouraged them to emulate his example of protecting those who were in their care. The love that Jesus spoke about was not mere emotion, but commitment to choosing and doing what God prefers, by the power of his spirit. Do our spiritual leaders demonstrate this kind of love?

It is never a popular thing to be a Christian leader, as in order to keep those in your care in ‘Christ’s Name’ you will often find yourself running counter to the perceived wisdom of the time. Just as Jesus was not of the world, so his followers would be set apart by the choices they would make that would put them at odds with society. Jesus prayed for his disciples and their spiritual descendants that God would strengthen them so they could be able shepherds, protecting the flock from evil, and guiding them on the straight path.

Joshua and Caleb experienced the wrath and fear of the people who had been led astray by an evil report. They were about to stone these two leaders for their ‘good news’ about the Promised Land. All the other spies had brought home a negative report from their mission, exaggerating the obstacles and minimizing the benefits of following God’s plan. They had preyed upon the fears of the people to the point that the crowd was about to kill Caleb and Joshua. But in reality only Caleb and Joshua had spoken the truth. Exercising godly leadership they alone encouraged the people to trust in God and put aside their fears. And God protected and upheld his servants who were in harmony with his purpose.

Jesus spoke of the difference between a shepherd who loves his sheep and will defend against the wolves, and the hireling who flees at the first sign of trouble. John was emphatic in writing that it was love for the brethren that would differentiate the true brother from the imposter. And it was the making of righteous ethical judgments grounded in love and God’s law that would be the hallmark of godly leadership. The righteous leader, like the watchman of Ezekiel, would diligently warn the people of danger and not be derelict in his duty of guarding the flock of God.

It is evident from scripture that we will reap what we sow, and we are warned that we should be careful to render wise judgments based on the evidence and the guidance of scripture. To this end the ‘Rabbinic Court’ in New York recently rendered judgments on the issue of recent medical mandates based on hours of testimony from expert witnesses. Their scriptural wisdom is evident in their judgment. (See transcript) Jesus however, required that his disciples wisdom and righteousness exceed that of the Pharisees. For all too often they spoke the truth, but did not do it, or put their traditions ahead of the scripture.

To fulfill God’s mandate of guarding the flock it is our duty and privilege to make the scriptural position clear in light of these modern issues. To this end we have done our own research to add to that of the Rabbis, and have drawn similar conclusions, with some few additional considerations to help the brethren.
As these are very serious issues that speak to the physical and spiritual health of God’s people, it is essential in the spirit of godly love to differentiate between the good and the evil, and to warn our brethren so they can take due precautions.