You are here: COG Webcast > Sermons and Media > Videos > Don’t Think Like a Slave – Escape Slavery 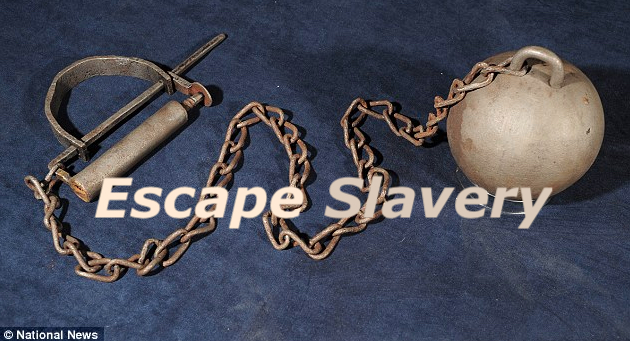 Do You Know When You’re a Slave?

How can you escape slavery, if you do not know you are a slave? This was the dilemma as expressed by Frederick Douglass the American abolitionist reformer in the 1800’s. He did not know he was a slave until he could no longer do the things he wanted to do. In our present situation with ‘stay at home’ orders, the lock down of many businesses, and the control of movement many people are becoming worried about the power of the state overriding constitutional rights. In North America we have to this point cherished our freedoms: freedom to speak, to move, and to defend ourselves. And yet have we succumbed to a different kind of slavery?

Danger of a Slave Mentality

Slavery is a fear-driven mentality. In our society it manifests in a willingness to value comfort and security above personal freedom. It willingly accepts public opinion over freedom of conscience. In order to escape slavery we must recognize it. The signers of the American constitution, among them James Wilson, had the mindset of ‘live free or die.’ They valued personal liberty over state domination, and they drafted their document with this in mind. But for Christians, those who follow the example of Jesus Christ the Messiah, should we want to escape slavery?

Do you recognize that there is a grave danger to a slave mentality. A mental slave casually accepts the cultural norms, puts physical security as a top priority, and does not value personal autonomy and freedom of conscience. A slave mentality is fearful of change and wants to hold on to what is familiar, even if it is abusive or demeaning. Harriet Tubman the great abolitionist leader who put her life on the line to secure freedom for the slaves of her time lamented. “I freed thousands, but couldn’t convince thousands that they were slaves.” She understood Jesus’ statement that only the truth, understanding  reality, can make us free.

The story of Israel leaving Egypt is one of slaves leaving slavery, but carrying the slave mentality with them. The Israelites had seen the miracles of the Red Sea parting. They had been led by a pillar of cloud and fire, and heard the Lord God speak to them. And yet, when it came time to enter the Promised Land, their fears overwhelmed them. The relative security of slavery in Egypt, seemed better than a life of uncertainty in the wilderness, or the promised land.

And the thought of having to fight to obtain their promised land totally unnerved even the leaders sent to investigate the land. The people were too big, the walls too high, and the challenge too great. They had the mindset of slaves, not pilgrims or pioneers. God had liberated them from Egypt, against all odds. But many had not embraced the truth that God alone could set them free spiritually.

And yet, there were two Israelite leaders who were different. Joshua and Caleb were able to escape slavery, and had a different spirit. Where the other leaders saw a path of danger and destruction, Joshua and Caleb saw opportunity. They were convinced that God would fulfill his promise and deliver the people. And they tried to encourage the Israelites to grasp this vision of hope. God would lead them into a promised land that was as wonderful as anything they could have imagined.

It was a bountiful land, totally different from the land of Egypt. Having been rescued from slavery, they could now embrace their destiny, inherit their own abundant land, and manage their own affairs. Joshua and Caleb had a pioneer mentality, one that saw the possibilities. They trusted God to help them face the challenges, and because they believed this truth, they were truly free. They had a different spiritual outlook.

Christians Walking the Path to Freedom

There was a great irony to this story. Sadly, the fearful Israelites had not escaped from the slave mentality. In their fear, they could not envision the future God had prepared for them. They accused Moses and God, saying their children would die in the wilderness. But the reality was, only their children would live to enter the Promised Land. So where are we as Christians? And, what are the lessons of leaving slavery that we should consider?  Must we escape slavery too?

We are walking our spiritual path from Passover to Pentecost.  And just as God rescued Israel from the darkness of slavery in Egypt at Passover, so we have been rescued from the slavery of sin. We are now on the road to freedom. However, we must continue to walk with God leading us, as we prepare for Pentecost. No longer hampered by sin and the slave mentality, we must be empowered by God’s love, and the freedom we have to follow his direction.

If we are Christians, we are no longer slaves to sin. We have been liberated for a purpose. We cannot be like the Israelites who when fearful of the future, longed for the ‘secure’ life as slaves in Egypt. As slaves, they minimized the effect of the false religious traditions of the Egyptians. And did not understand that they were enslaved mentally by false worship, as well as, physically by Pharaoh’s overlords. When faced with danger all they could think of was missing the cucumbers and melons. For, they had forgotten the hardships they had faced as slaves, and only focused on the comforts. They had forgotten God’s miraculous deliverance. And they were no longer appreciative of the freedom to walk in God’s ways. And in fear, they resorted to old religious practices, even to the point of worshipping a golden calf.

Paul hearkening back to Israel’s slavery, wrote a message about slavery to the Romans in Rome. These believers were a despised minority, living outside of the norms of their pagan culture. They had been freed from the mental slavery of life under Roman state/religious rule to embrace the glorious freedom of the children of God. No longer shackled by sin, and living in darkness, they had been given hope.

Now, they could embrace their inheritance as sons and daughters of God, as they were no longer slaves to a corrupt society. God’s spirit would guide them, empower them. His spirit would help them overcome every obstacle, so they could inherit the ultimate ‘Promised Land,” the kingdom of God. Paul taught believers that it is through the power of God’s spirit in us that we escape slavery. As a result of  having been liberated, we become children of our spiritual Father. Do you have the mindset of a child of God and his spirit working in you? If so, then, you are truly free.