Comments Off on John’s Vision of God – 4 Part Series on the Nature of God, Filed in Videos, by CGP.

Why a Series on the Nature of God

Our religious Christian world offers many divergent teachings on the Nature of God. Many of these teachings have their roots in the centuries after the death of Christ. They are often a syncretistic blending of philosophy and religion, that tries to explain what scripture means through a variety of lenses, from historical to allegorical. So as a result we now have many competing views that try to explain the nature of the Father and the Son and their relationship.

Why John’s Vision of God is Vital

This series on the nature of God, looks at the scriptures through the lens of the apostle John’s writings. Why? He was the last of the disciples of Christ, who wrote in a time of religious turmoil at the end of the first century. Being the last surviving eye-witness to Jesus life, death, and resurrection, many believe John was given the responsibility of codifying the Greek scriptures, in the same way that Ezra assembled the Hebrew scriptures. John had access to the works of all the previous writers. So, he wrote to the church to clarify many issues that had become muddied over the decades due to the influence of gnosticism, and a rising tide of anti-Jewish sentiment. His work provides some foundational understanding that will undergird our study of God’s revelation and guide us in examining the Greek and Hebrew scriptures. END_OF_DOCUMENT_TOKEN_TO_BE_REPLACED

Comments Off on John’s Vision of God 3 — Son of God Son of Man, Filed in Videos, by CGP. 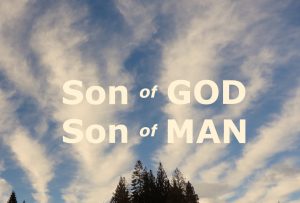 John records in his epistle the first meeting of Jesus and Nathaniel. Responding to Jesus, Nathaniel exclaimed, “You are the Son of God! You are the King of Israel!” Jesus, confirmed this and added that he was also the Son of Man. But what do these phrases mean? And how did the disciples and the religious leaders of Jesus’ time understand them? These names are at the heart of Jesus’ mission and his relationship with the Father. Jesus told his disciples that he came to give eternal life to those who would see his glory when he returned. But Jesus also knew that many would not accept  the authority that the Father had given him, as Son of God Son of Man. Do you? END_OF_DOCUMENT_TOKEN_TO_BE_REPLACED

Comments Off on God Our Healer Series, Filed in Videos, by CGP.

When the Lord God created Adam and Eve, he envisioned a great future for them and their children. His hope was that they would prosper and be in good health. And, to this end he gave them a manual for living, first orally and eventually written down for all of their descendants.

From the beginning of human experience, God knew the challenges and pitfalls to avoid in order to have physical, emotional, and spiritual well-being. So through stories, direct teachings, and commands, he revealed information that would produce wellness and eliminate illness. The God our Healer Series looks at many of the teachings that our Maker revealed through the scriptures and how he continues to work today as our Healer. 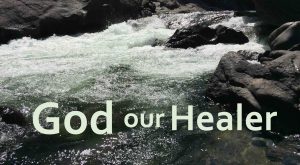 From the evidence of archaeology we can know that the people in ancient Egypt were afflicted with many diseases. But God promised the Israelites to be their healer, their physician. He would be the one to cure them and make them whole. This was an individual promise for literal physical healing. But, it also referred to the figurative healing of the nation.

END_OF_DOCUMENT_TOKEN_TO_BE_REPLACED

Comments Off on John’s Vision of God — The Word of God — I Am, Filed in Videos, by CGP.

Who was the Word of God?

The apostle John wrote in the 90’s AD. This was long after all the other witnesses of Jesus’ life, death, and resurrection had died. He was dealing with a lot of confusion about the nature of God. So, he wrote about the Word of God to clarify things that had become obscured. John in rehearsing the words of Jesus made dogmatic statements that the Lord God of Israel, who was both seen and heard, could not have been God the Father. But, John was also emphatic in stating that the Word of God, who in the beginning was with God and was God, was the being who became flesh — Jesus Christ, the Messiah. Is this what you have been taught to believe?

END_OF_DOCUMENT_TOKEN_TO_BE_REPLACED

Who has been Face to Face with God?

Comments Off on Who has been Face to Face with God?, Filed in Videos, by CGP. 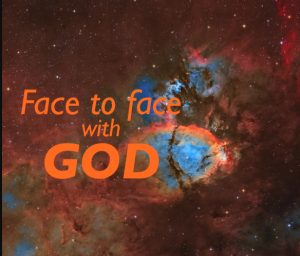 Who Created the Confusion?

Comments Off on God Our Healer — God’s Food Guide, Filed in Videos, by CGP. 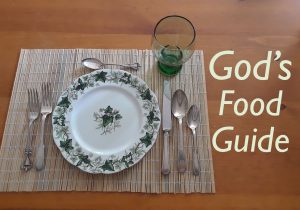 Are we ‘living in the truth’ when it comes to God’s revelation, including God’s food guide? It is God’s wish to prosper us so we can be in good health, and experience a successful, abundant life. But we must be walking in the truth — actually doing the things that produce health. And the scriptures offer important advice on spiritual and physical wellbeing.

We live in a time when the whole world has been seduced to believe in lies, and has wandered from the truth, the reality. As a result, we suffer the consequences of being divorced from reality, and one of those consequences is ill health. Many Christians have been taught that what you do physically does not impact your life spiritually, but this is not the reality as defined by God’s divine revelation. So what is the truth of the matter? END_OF_DOCUMENT_TOKEN_TO_BE_REPLACED

Fear Not — I Am with You

Comments Off on Fear Not — I Am with You, Filed in Videos, by CGP. 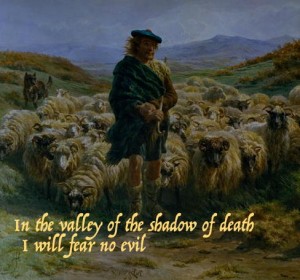 Fear Not, God is Faithful

God has made promises by covenant that are valid for a 1,000 generations!
So when he advises us to, “Fear Not!” he is also able to prove true to his promise and protect and guide those who trust him. Do we appreciate God’s faithfulness, or consider his wonderful works for his covenant people, Abraham’s children?

If you are a Christian, then consider that you are Abraham’s descendant, regardless of ethnicity, and know that God’s promises are for you, too. The history of  Israel is a study in God’s faithfulness in fulfilling his promises to nations and individuals. Though they like Abraham had to wander at times, yet he protected those whose heart was to obey and fear the Lord. But what about us, now? Can we have the confidence in God that will allay our fears? END_OF_DOCUMENT_TOKEN_TO_BE_REPLACED

Tags: church of god sermons, cogwebcast, do not be afraid, faith in God's promises, fear not, God is with you, Isaac and Abimelech, Isaac and Rebekah, Isaac and the herdsmen of Gerar, Jeff Patton, Judeo Christianity, Paul's advice to fear not, spiritual foundation, spiritual growth, trust in God, wells of water