You are here: COG Webcast > News > April Fools – Patrick and the Quartodeciman Controversy 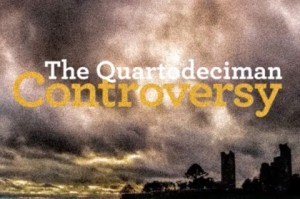 The Catholics and Protestants both lay claim to the legacy of a man they call St. Patrick. But does history bear witness to their claims? Or was the man named Patrick in a battle against the orthodoxy of his day, and a proponent of a scripturalist Christianity, and a supporter of the biblical holy days?
The Quartodeciman Controversy began with the apostle John’s fight against the Bishop of Rome as documented in scripture and history, but it did not stop there. Several centuries later the spiritual descendants of the apostles were once again contesting the authority of Rome. This is their story, the story of Patrick and the common Celtic Church, and their scripturalist tradition inherited from the apostles.

For more historical background on this controversy read here: