You are here: COG Webcast > Blog > A Fourth Reich? 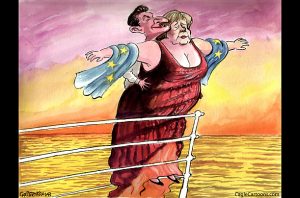 Finem respice! Principiis obsta!  Yeah, you now know I must be an antiquity since I did indeed study Latin in the 8th grade in public school. But a little Latin and a love of history and the Bible does give me something of an edge when it comes to discerning the World Tomorrow. After all, as King Solomon the Wise once wrote:
What has been is what will be,
and what has been done is what will be done,
and there is nothing new under the sun.
Finem respice means “consider the end,” while Principiis obsta translates as “resist the beginnings…”